You’re Too Close To Be Your Own Coach 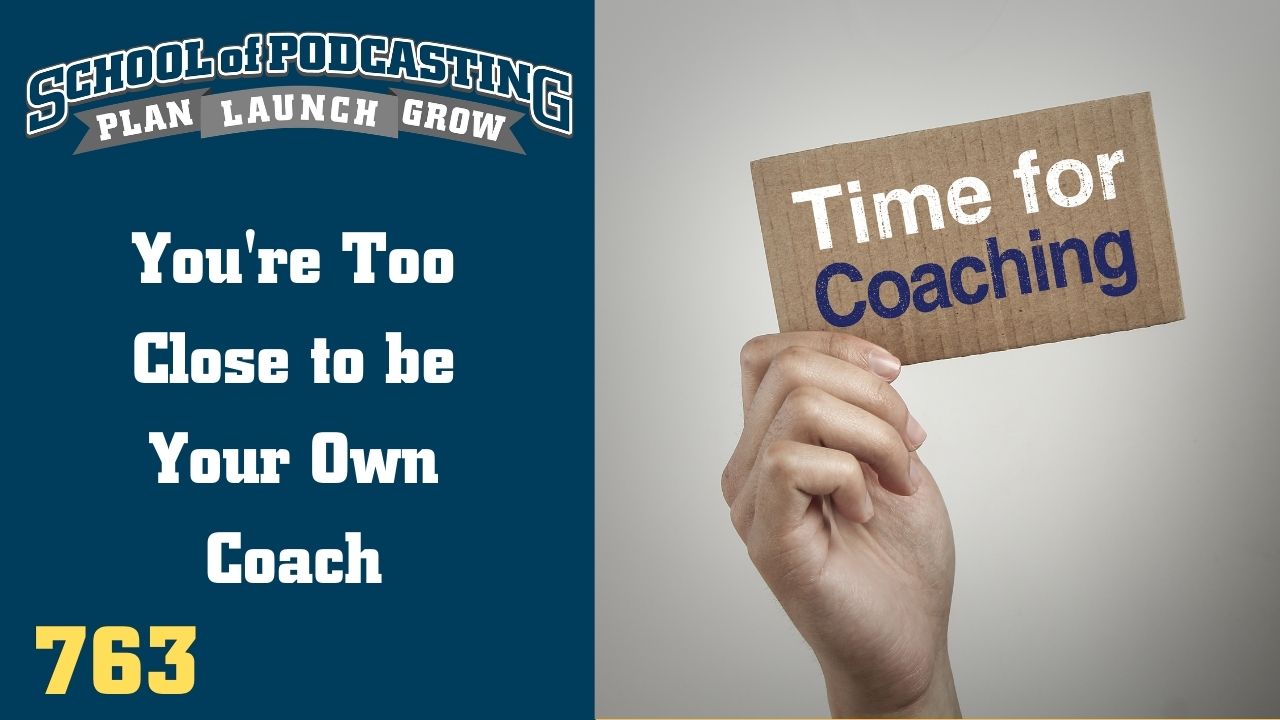 We've All Pushed Through Awkward Moments of Being Vulnerable

Do you remember your first real kiss? I was with my first girlfriend. I was probably 14? I was scared to death. There was no internet, and for me, nobody to ask? So I went in for the kiss and kissed her in a very TV-friendly way. I stopped and said, “Let's try that again” and I figured out what to do.

I tried everything I could to avoid falling in love with my first wife. I had told her over and over that I didn't want anything serious, but here we were a year later and a year later I was in love with her. Sitting in front of her house I said, “I need to tell you something,” and then proceeded to tell her I liked her a lot. I backed it up, and then said, “I love you.” These are scary things to do. You put yourself out there, and if you do it wrong you get some feedback, and you tweak yourself.

Over the past two weeks, I've had meeting after meeting with members of my audience. Some of them were current or past members of the School of Podcasting, and others I had never met (but they were listeners to my show). Today I talked about what I learned and why you should seriously consider it.

If the Words “Focus Group” Makes You Uncomfortable, then Think of It as Coaching

So many people who are experts in their field still used coaches. Hank Haney served as Tiger Woods' coach from 2004-2010. During that span, Woods won six of his 15 career major championships. The two were very close while they worked together, and Woods credits a ton of his success to Haney's teachings. Here are some more people who even after their enormous success still have coaches:

We all need people who give us feedback. That is how we improve. – Bill Gates

Is This Just a Plug To Get Me To Hire You As A Coach?

People don't believe it, but underneath at all I'm fairly shy. So the thought of reaching out to my email list and asking them for their input made me a little nervous. This was especially true if someone was a current or previous member of the School of Podcasting. This is where you have to change your attitude.

When I went to college for my first degree, I was a waiter. To be a good waiter, you listen to your customer and give them exactly what they ordered. As I got on zoom, I just said to myself it's like being a waiter again.

I Should've Done This Years Ago

I sent out an email with the subject line of, “I need your help….” and explained that I was going to rebuild the School of Podcasting from the ground up and I wanted to talk to them. Here are some of the things that I gained from doing this exercise:

When You're Too Close to the Subject

There was one comment that came up twice that in one way surprised me, and yet upon thinking about it, it makes perfect sense.

When I asked if there were any lessons in the School of Podcasting that they found confusing. Most people were so much confused, but wanted me to go deeper into subjects,

The lesson? My lesson on Libsyn.com. What is this surprising? Because I've worked there for over five years. Why does this make sense? The curse of knowledge. I went too fast.

This was exactly the kind of feedback I was looking for.

Don't Do This on a Group Call

While I could've held this as a “Town Hall” type of meeting, I enjoyed connecting one on one, and giving my listener my undivided attention. I know for many of us who are introverts, podcasting is a great way to reach many people without meeting many people, but I'm here to tell you that time is too important to waste. If you were on headed in the wrong direction wouldn't you want your GPS to alert you? Well, you audience is your GPS on the road to delivering value.

If you want to learn how to connect with your audience by creating great content that inspires them to tell a friend, JOIN the School of Podcasting.

Because Of My Podcast: I'm an Advisor in Hollywood

Jerry Williams is the producer and host of the FBI retired case file review podcast. She's on a mission to show you who the FBI is and what the FBI does through her interviews with retired agents about some of the FBI biggest cases, and some investigations you've never heard about.

She said, “A couple of years ago, I wrote a book called FBI myths and misconceptions, a manual for armchair detectives, which uses quotes and snippets, from my podcast interviews to debunk cliches about the FBI, and books, TV and movies. Because of that book and because of my podcast, last summer I was contacted by two different Hollywood Studios. Now I am under contract with FX network, which is owned by Disney, and Warner Brothers and Bad Robot as a technical consultant on two TV shows that are going to be released later this fall.

Now, I'm not going to name-drop, but if you look up Bad Robot, you'll get to see who I get to hang out with talking to the writers on zoom or the phone a few hours a week as a lot of fun and good pay. Now, I think this is pretty cool because of my podcast story. When I started FBI retired case file review five years ago, the purpose of the podcast was to help me sell more books. I am an author, getting ready to publish my fifth book, crime fiction and nonfiction about the FBI. However, based on my own experiences as an FBI agent, and because I've now interviewed more than 222 former colleagues, I'm pretty knowledgeable about most of the FBI violations.

But I never thought of myself as a technical consultant. But now I am. Thanks, Dave for letting me share my because of my podcast story, love your show.”

Scott Johnson's What Was That Like Connecting With His Audience

Thanks to Scott for letting me clips from his latest episode of What Was That Like? Podcast. It showed over and over how engaged your audience is with your content. You hear everyone spreading your show via word of mouth and downloading ALL of your episodes when they find it. Glad to hear your hard work is paying off and I wish you continued success.