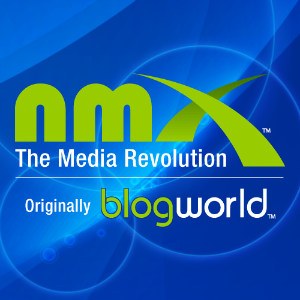 Today I give some behind the scenes of NMX. This was a job 7 months ago I wasn't sure how to handle it. I did it, The show had some great moments, and some moments that we could not control (Podcast Awards). We answer the following questions:

Why was the opening keynote on day 2?

What happened to the Podcast Awards?

Will we be co-located with NAB Show next year?

Mordant from www.successfreaks.com share the last give podcast he listened to. These included:

Stuff You Missed in History When I was at the show I asked Jason Bryant what booth to visit and he said, “Check out Clammr.” So I did and I interviewed the guys. Later on my way home I had an extra-extended layover in Houston and began to play with it. It's really cool. In the few days I've used it, my clammrs have been seen hundreds of times.

What is a clammr? It's an 18 second clip of your show, or you just recording from your phone (I did an update from the houston airport). You can pull from all sorts of sources for audio, and then you can go in an pick the best 18 seconds (or less). You can even do your own multi-channel recording. You could record yourself saying, Here is a clip from this week's show, and then mix in the clip all from your phone.

For more information go to www.clammr.com the web version is publisher.clammr.com

During Norm Pattiz keynote, he said two things that confused people. One was that no matter what we thought about the Podcast Awards (which podcastone.com sponsored) he made money. That turned a few people (myself included) off (nobody likes to be sold to).

The other one was that PodcastOne.com was using “impressions” instead of download numbers. I had heard rumblings about this and thought, “I need to have Norm explain this to me.” Half way through my question, he let me know that there will ALWAYS be gray areas in whatever system of measurement you use. He was very passionate about it.

Later I went up to him and explained I didn't mean to upset him. I then learned that Norm wasn't upset. He is just passionate. As we spoke, I could see two very different sides of a fence. Norm with his mammoth sized history in radio, and my 10 years in podcasting. Norm didn't seem to want to apply any filters to his numbers. This makes sense coming from radio. You supply the biggest number you can to the advertiser who then pays you a low CPM (cost per thousand listeners/downloads). In podcasting, we thrive for hyper accurate numbers (which means smaller) and then charge a higher CPM.

In the end getting both sides to meet in the middle may be impossible. What we do agree upon is that we want to give our customer (advertisers) a product in the format they want, that delivers value. At this point both sides of the download/impression discussion are saying THEY have THE way to measure.

At any rate, with only 8% of podcasters getting 5,000 downloads or more it is not something that most podcasters even think about. However, with services like Blubrry (which spreads one advertiser over many multiple shows) a smaller CPM makes it pointless for the samller shows (which Norm does not deal with).

Blubrry has put together technology enabling listeners on Adnroid to have a one click Subscribe. Currently this is supported by the Podcast Addict app, but Todd Cochrane and the Blubrry team how to get mass implementation over the next moth. It's super easy to use. Take your RSS feed URL and paste it into the box at subscribeonandroid.com, and it will spit out code for a button that when an android users clicks on will have their app of choice open and subscribe to your podcast. As this is BRAND NEW, currently only Podcast Adict supports this, but we are hoping for more adoption going forward. Here is what the button looks like

Blubrry also has a new feature where you can replace any file that you have previously publish without it counting against your monthly allotment. They also allow you to go over your plan by 25% (once a month) with no penalties. This means their 100 megabyte plan would allow you to go up to 125 megs. Full story.

If you want to use Blubrry hosting, or their stats, use the coupon code sopfree.