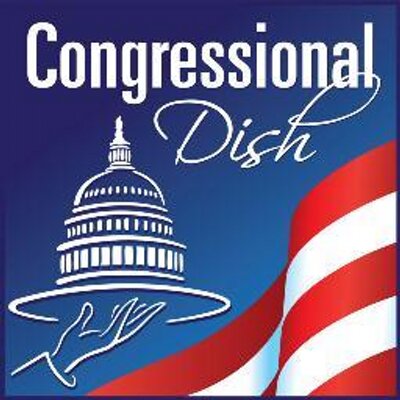 Today I am excited to have Jen Briney of the Congressional Dish podcast on my show. Jen reads legislation that is going through the house of representatives. She then reports back to you with no slant on democratic or republican slant but more of an intelligence vs moron slant. Her passion to help people “understand what is happening right under our noses” oozes out of her. Any conversation about politics will make it obvious.

Congressional Dish is so good that I have to turn it off (because I get upset). It makes me upset, and I need to punch something. Yes, it's that good. Jen also makes it entertaining. While she tries to restrain herself, she replaces cursing replaced with the sound of a golf club (when she doesn't restrain herself). These edits stop her show from being explicit and adds just a pinch of comedy to the show to keep it light. Her goal is to have the people use the control we have as American voters and vote these losers out of office. Here are some of the reasons why I wanted Jen on the show.

We talk a little politics and play a clip that Dave found very funny. As Jen explained it, we all have buttons that can be pushed. A listener wrote to the show and began telling Jen how she could grow the show to a much bigger audience if she would work on “her tone.” Well, this is something she heard growing up and set her off. She grabbed a microphone and off she went. She liked the raw emotion of the clip and got a lot of support from her audience (When Dave did this he almost got sued).

Because of Her Podcast

Jen has been on the Jessie Ventura show on TV, and she has been asked to speak at Podcast Movement.

If John F Kennedy Was Into Podcasting

50:52 Dave ponders what Kennedy's “Moon Speech” would've been if Kennedy was alive today. Please support The Messengers Podcast Documentary. They are sooo close to reaching their crowdfunding goal. Goal chip in a few bucks, and then tell a friend to go to www.supportthemessengers.com

Need some podcast consulting? Book a session at www.schoolofpodcasting.com/schedule sessions start at 15 minutes.

This is show #530 of the School of Podcasting and originated at www.schoolofpodcasting.com

Owner of the School of Podcasting. Also produces the "Ask the Podcast Coach." He is also the author of the book "More Podcast Money" and is a regular speaker at podcasting and media conventions.
4 comments on “Content You Can’t Get Any Place Else with Jennifer Briney of The Congressional Dish Podcast”