Trying to Understand Fair Use and Using Music in Podcasts 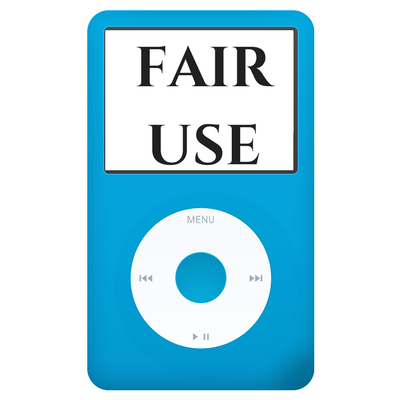 OK, We're talking legal today so let me put out this disclaimer that I'm not a lawyer, and even the site I'm referring to (which is done by a lawyer) says to contact a lawyer.

A “fair use” is copying any protected material (texts, sounds, images, etc.) for a limited and “transformative” purpose, like criticizing, commenting, parodying, news reporting, teaching the copyrighted work. Under the US copyright laws, fair use “is not an infringement of copyright.” Judges typically consider four factors that are set forth in the Copyright Act. These factors are non-exclusive, so judges are permitted to consider other facts in addition to these. However, in the vast majority of cases, courts limit their analysis to these factors (you can read more detail about these factors at http://fairuse.stanford.edu/Copyright_and_Fair_Use_Overview/chapter9/9-b.html. The Brennan Center's excellent public policy report entitled “Will Fair Use Survive?: Free Expression in the Age of Copyright Control” provides an analysis of how fair use has played out in numerous scenarios over recent years: http://www.fepproject.org/policyreports/WillFairUseSurvive.pdf):

In addition, some commentators refer to a “fifth fair use factor” which hinges on good faith — whether your conduct might be considered “morally offensive,” Judges and juries are human, and their decisions can be swayed by whether they think you are a “good or bad” actor (see http://bgbg.blogspot.com/2005/10/search-or-seizure.html).

Two Misconceptions About Fair Use.

(b) Disclaimers Are Not Enough Either. Another point of confusion is whether an upfront disclaimer that denies any association between the podcast and the copyrighted material can protect the podcaster from liability. For example, assume your podcast is a parody of “The OC” television show. You include a disclaimer at the beginning of your podcast in which you state: “This podcast is not associated with or endorsed by Fox Television.” This sort of disclaimer will not, by itself, protect you from a claim of copyright infringement, or act as a clear defense to such a claim. It will, however, be considered among the factors the court considers, and in a very close case, a court may look positively on a clear statement of disassociation. (Note, however, that including a clear disclaimer can help with potential trademark infringement situations. See section 1.4 – “Trademark Issues” — for further information about trademark law.)

Examples Of Fair Use That May Apply In Podcasting.

To help illustrate the way these factors may play out in the podcasting context, it may help to consider a few examples:

Beware – Music Use in Podcasts, Downloads and On-Demand Streams are Not Covered By Your SoundExchange Royalties

Broadcasters beware – podcasts with music may be dangerous to your economic health.  In recent weeks, I've come upon more than one incident where a broadcaster was providing podcasts containing music on their website, or allowing listeners to download or stream on-demand some new, hot song.  I've even seen certain articles in the trade press advocating that stations do podcasts of their morning shows, or otherwise provide some sort of programming containing music on their websites in a manner in which the listener can listen over and over again to the same program or song.  Broadcasters need to know that they are asking for trouble when they provide services like podcasts, downloads and on-demand streams containing music without getting specific permission from copyright holders to do so, as these uses are not covered by the SoundExchange royalties paid for webcasting, nor (in most cases) by your ASCAP, BMI and SESAC royalties.

The royalties paid to SoundExchange are for the right to publicly perform sound recordings in a noninteractive manner.  In other words, they only cover streams where the user cannot get a specific song when they want it, and where listeners do not know the order in which songs will be played.  ASCAP, BMI and SESAC (the “PROs”) also cover public performances, but of the underlying musical compositions (the words and music of the song, as opposed to its recording by a particular singer or band).  By contrast, “podcasts,” ( and here I mean an on-demand program that can be downloaded onto a digital device for later replay, and which can also usually be played immediately on someone’s computer) are much like downloads – and involve a different right in music – the right to reproduce and distribute the music.  The rights of reproduction and distribution are different from the public performance right, and the permission to make reproductions and distributions are granted by different groups than are the public performance right.  SoundExchange and the PROs have nothing to do with granting this reproduction and distribution right (with the limited exception of ephemeral rights in streaming granted through the SoundExchange royalty – a concept too technical to be discussed here, and one that does not affect this warning.  But, if you are interested in these rights, you can see our article that discussed ephemeral rights in a bit more detail, here).  Podcasts, downloads and on-demand streams require a specific grant of rights from the copyright holders of the sound recordings and the musical compositions for each piece of music that is being used.

Rights to the sound recording of most popular recorded music will typically come from the record label. And, for these sorts of on-demand uses, the rights to most recorded music will not be cheap and easy to obtain. It will come easily only for specific songs that the labels want to promote – sometimes referred to as “podcast safe” music.  This music is usually a song from a new artist, or an alternate take of a new song by an established artist, meant to be used to promote a new release.  Getting rights to the full catalog of music typically played by a music intensive radio station will require a negotiation with each record label and the payment of significant money – the kind of negotiation that has delayed the introduction of services like Spotify in the US for so long.

Rights to reproduction and distribution of the musical composition typically come from the music publishing company (or sometimes music publishing companies where there is more than one writer of a song).  These licenses—known as “mechanical licenses”— can be obtained through a statutory license, setting out payments to the copyright holders of any musical work that has been publicly released, but only if some strict procedures set out by law are followed.   These rights can also be obtained directly from the publishers or songwriters or, in many instances, through the Harry Fox Agency, which licenses compositions on behalf of many copyright holders. There are also a number of private companies that will help in getting the necessary licenses to use the musical composition.   Depending on the use that you have in mind, the record companies may themselves have already cleared the right to the musical composition, and that right will come with the right to the sound recording when you negotiate for that right.  But needless to say, it is not an easy process that will allow routine podcasts or downloads of music programming.

Even the podcast of the performance of a local artist, with his permission, may require a mechanical license from the songwriter or music publisher if the artist has been singing “cover” songs.  So be careful when recording local artists – you may think that you are getting their music royalty free, and you may be avoiding the sound recording royalty and a negotiation with a record label, but you may still have the musical composition to deal with if the local performer has not written their own songs.

There are lots of other caveats and exceptions that may apply in certain circumstances.  But these don't allow the routine podcast of music programs or the other types of uses described above.   So be careful – or you may have the music industry knocking at your door demanding an unexpected payment.  For more information about these topics, check out our Advisory on the Basics of Music Licensing in Digital Media.

Instead of trying to play Lady Gaga, there is other music that has already been cleared. You can find it at sites such as www.musicalley.com (now out of business) or www.magnatune.com

This 14-minute podcast was created and published in one hour and two minutes.

If you don't have permission from the Songwriter

If you don't have permission from the Song performer

If you don't have permission from the record label.

You can't LEGALLY play it (but people still do).

To try to do it Legally, see this interview with Brian Ibbot of Coverville.

please do not use the chat window to ask me about this topic. I love you all, but everything you need is in this article and I'm tired of saying “No, it's not legal.”

Owner of the School of Podcasting. Also produces the "Ask the Podcast Coach." He is also the author of the book "More Podcast Money" and is a regular speaker at podcasting and media conventions.
56 comments on “Trying to Understand Fair Use and Using Music in Podcasts”