Fanning The Fan Boys and Girls to Grow Your Audience 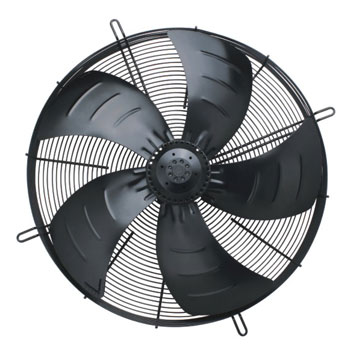 There is a great saying, that those who learn from their mistakes are smart. Those who learn from other people's mistakes are wise. Marc Johansen sent a voicemail stating how another podcaster who has been on the scene for almost two years stated that Apple created podcasting (they didn't) and many other obvious “untruths.” It seems everyone who can press record has now dubbed themselves a podcast consultant. What is a person to do?

Because of My Podcast: Marc Maron

Why Good Podcast Consulting is Expensive

I occasionally get caught up with watching other consultants.  I was listening to a Duo who just launched their podcast course explain how they had to record their episode four times due to a strange white noise they get when using Skype, I want to shout “Turn off the setting to let Skype adjust your volume.” Now if they had hired me to troubleshoot their problem that call would have taken 5 minutes (and the way I work, they would bill for minutes – not 15). Currently, a five-minute call with me would be around $12.50. You might say, “How can that be it only took you a few minutes!” The truth is it's taken me 10 years of playing with technology and working with hundreds of people and their podcasts.

If I start calling people out, I look like an egotistical jerk. If I say nothing, there is a chance you might fall prey to their crap. When in doubt, focus on making content that will inspire and impact your audience and let the chips fall. If you truly impact your audience, they will tell others about your show.

I appeared on the Podcasters Roundtable with +Ray Ortega,+Daniel J. Lewis +David Jackson +Jerod Morris +Tawny Fineran and+Pilar Orti to discuss the ins and outs, ups and downs of having a podcast with co-hosts. You can hear it here.

If you do interviews you HAVE To go listen to Erik K Johnson Podcast Talent Coach podcast. OMG! He has been doing a four-part series on Interviewing that is just super cool and really gets me thinking. Check him out at www.podcasttalentcoach.com

Follow Up On the Haters Episode: Last week we talked about dealing with negative comments and Max Flight had a great comment. He stated when someone sends you an email, tweet, etc that is negative. Ask them for their phone number of skype ID and ask them to have a live conversation. It will truly separate the men from the boys. In the end, you may end up with a friend (who knows).

Daniel J Lewis celebrated five years with his Noodle Mix network. He did an episode where he shared what he has learned in the past five years.

A Strategy To Help Grow Your Audience: Say My Name

I was driving to Michigan and my GPS had taken me the same way it always does. I looked up to see the see that the road I was supposed to take was closed. Oh no. I started following detour signs, but I was supposed to be going north, and instead, I was going south. The sun would be going down, and I was getting stressed. Luckily, one of my favorite podcast from Moondog Marketing came across my playlist. John Buscal has been on this show, and I've been on his. I love the way John breaks down marketing concepts into wording that anyone can grasp. The bonus he was interviewing Andy “Dr. Pod” White. Both these guys rock, and to have them on the same show was like Ted Nugent doing a duet with Eddie Van Halen. The best part was the stress of being almost lost subsided. I wasn't alone with just me and the woman in my GPS. My buddies John and Andy were with me and I didn't care if I was late getting to the hotel.

Then it happened, they started talking about American Podcasters and before I knew it they were talking about ME. Later on the phone with my wife, I had to tell how stoked I was that my two buddies had said such kind words. I've shared the story before that when I was in Jr. High I had called a radio station and requested a song. They wouldn't play the song I wanted but instead asked me to ask them to play some Journey (or another non-metal band). Later, I heard myself on the radio. While the lack of authenticity somewhat ruined the moment, I WAS STILL ON THE RADIO!

So I asked the members of the School of Podcasting if they had this type of experience. It's not a huge surprise, but many of us had had similar experiences. When you hear your name of a podcast its a rush. In one case John Bukenas from lets reverse obesity said he almost crashed his car. Nick Seuberling from spnt.tv told his wife who also got excited. My co-host Jim Collison from the Average Guy TV says he gets a holt every time I mention him on the show. I heard an episode of Ask Pat where the person who sent in the question stated he would “lose it” if he heard his voice on the show. Pat said that “losing it happens alot.”

Does this mean you next podcast will just be you reading names? No. It's when someone mentions you, and they didn't have to that it maximizes the effect. I donate $10 to the Rock and Roll Geek show and every month Michael Butler reads my name. I am proud to support my friend, but it's not the same jolt because he is supposed to read my name.

TANGENT: Let's take a tangent shall we? It has been said that the favorite word people like to hear is their name. I get that, and this episode helps illustrate that. But I do hate the fake use of names when I'm interviewing someone. I ask the question, and they say, “You know Dave that's a good question (no it's not), and Dave when I ….” It's like keyword stuffing. You're saying my name over and over trying to stimulate me. It is a strategy used by telemarketers. Podcasting is about being real, and trying to butter me up with my name? I can smell that a mile away.

Doris Smith of the Knit and Pearl Podcast

Daniel J. Lewis of The Audacity to Podcast

Nick Seuberling of Podcasters Group Therapy (and others)

Henry Jasper of Voices That Carry

Andy White from the Podcasting Advisor