How John Lee Dumas Earns $18,000 a Month with His Podcast 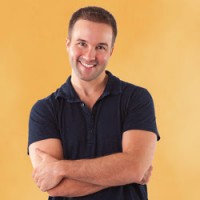 John Lee Dumas started his Entrepreneur on Fire podcast in June of 2012 (about a year ago). Fast forward and John now has a podcast that is in the top 5 of business podcasts in iTunes. He is making 18,000 a month, reaching HUNDRED of THOUSANDS of people each month in over 145 countries. He did it using the organizational tools and courage he learned in the Armed forces (he served 13 months in Iraq) and with passion that is infectious. He was consuming a large about of podcasts in the car, but he needed more content. What did he do? He filled his own void by creating the podcast he wanted to listen to.

Your Podcasts Downloads Stats All In One Place – Stitcher News [3:00] Stitcher announced that they will “pinging” your media host. In a memo that was sent out they outlined the changes as follows:

You should begin to see a change in your stats via your hosting provider dashboard when our iOS update is live in the App Store within the next few days.

The magnitude of the change will vary based on the specific show but should be noticeable immediately via your hosting provider’s metrics dashboard.

We are also updating the Stitcher Partner Portal to reflect this change. We will keep you posted on timing but anticipate seeing this new Download number included in you Stitcher metrics within the next few weeks.

The old Downloads stat, which was measuring actual listens, will still be in the partner portal but relabeled “Listens”

This means that we no longer have to login to (for example) Libsyn.com or Blubrry.com (two of the top media hosting companies) and then later also check into Stitcher. This will make is easier to quote numbers to potential sponsors.

If you are a regular listener of the School of Podcasting then you know Marcus Couch and I go way back to the early days of Podcasting with companies like Mevio, Juice Software, and iRiver recorders. Marcus is an SEO expert and a WordPress Guru. He wanted to get more traction in the WordPress World. His goal was to get on to the dashboard of every WordPress user and this month he landed there. How? By doing what Marcus preaches – creating good content. He has his music show the Scene Zine, and recently became a co-host of WordPress Plugins A to Z (one of my favorite podcasts). You an now read him on the official WordPress Tavern blog. Congrats to Marcus.

John Dumas of the Entrepreneur on Fire Podcast – Light Up the Sky! [9:02] John Dumas is the passionate podcaster behind the microphone on Entrepreneur on Fire. He is also the author of the Book Podcast Launch, and is now rolling out an inner circle mastermind group call Fire Nation Elite. In today's interview you will get inside the mind of John and see his commitment to his audience. You will see where his drive is to inspire his audience to take action. You will hear how he is building his audience through dedication, commitment, and a determination to build his audience (called “The Fire Nation”) one person at a time.

John shares what lessons he learned during his 13 months in IRAQ. “It's better to make a good decision now then make a great decision later.”

John spent $3,000 to hire a personal mentor (Jaime Tardy) and says if you don't have that much to invest in your podcast start up that you could check out master mind or online groups (I'm a big fan of some of the groups on Google+, LinkedIn). A One on one coach can be helpful because of the personalized approach. Mastermind groups (which you might find at meetup.com) may get you in contact with other people and become a networking opportunity.

[25:25] My favorite part of the interview is when John goes to tell me some new news from Apple. He doesn't say, “This is something my audience doesn't even know yet.” He doesn't say “This is something the fire nation isn't aware of.” He says “I haven't even told fire nation,” and to me it shows how John thinks of his audience as ONE person. John talks about the importance of having an “avatar” of your audience (picture your audience member), and then talk to that person.

John asks the same questions to every guest on his show. This accomplishes two things. You know what's coming, and you never know what you're going to get (because each guest answers them differently).

John has got some great guests like Seth Godin

on his show. How? He caught them when they had books available and were on publicity tours.

Sponsors came to John when was seen in the top rankings of iTunes.

According to John the industry standard is:

$18 cpm (per thousand downloads) for a 15 second preroll at the beginning of your podcast.

John in the second quarter of 2013 was getting 8,000 downloads per episode. This calculates to $300 per episode – per sponsor.

John had two sponsors per show. This means he was making $600 per episode.

His sponsors are signing up for the third quarter (which shows that podcast sponsorship works).

John has his mastermind group that you can join at firenationelite.com

John released a book Podcast Launch which is spreading his brand.

John is using a Private Facebook group to manage his membership/mastermind group.

Mondays – He had 8 straight interviews on every single Monday. He was up to midnight editing.

Thursday – Interviews on other podcasts.

Mentioned On This Show

WordPress Plugins A to Z

Owner of the School of Podcasting. Also produces the "Ask the Podcast Coach." He is also the author of the book "More Podcast Money" and is a regular speaker at podcasting and media conventions.
8 comments on “How John Lee Dumas Earns $18,000 a Month with His Podcast”