Are You Doing Everything To Grow Your Podcast Audience? 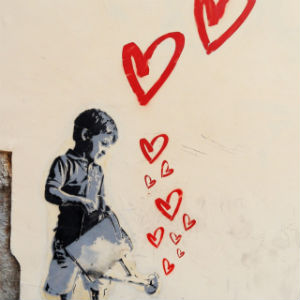 We think we've tried everything, but there are more ways to connect with your audience, many of them that require just a little bit of time to setup up some technology. Today we need to look at ourselves in the mirror and ask, “Have I really done everything I can to promote my show, connect with my audience, and increase my reach? I think if we look deep into our hearts we know there is more.

Here Is The Low Hanging Fruit

Podcast Directories:
There are four main directories you should be listed in. Apple Podcasts (formerly iTunes), Stitcher, TuneIn, and Google Play Music.

Do You Have Subscribe Buttons On Your Site?
One way to keep your numbers going up is to get people to subscribe. This includes buttons for ANDROID. Subscribeonandroid.com is a free site from blubrry where you can point people to that site (using your RSS feed) and if they don't have any apps to subscribe they will be prompted to download one. My friend Daniel J Lewis has a great plugin call Social Subscribe and Follow that creates amazing looking subscribe buttons

Do You Have Share Buttons on Your Website?
There are plugins (again I love social Warfare) that make it easy for your audience to tweet out your show. There are players like the coolcast player, the Smart Podcast Player, the Simple Podcast Press player. Don't get hung up too much on players as 80% of people are listening on on portable devices. With that said, can people share your episodes from their phone?

Local Meetups
I've had three people sign up for the School of Podcasting and I got to be on TV all from meeting local podcasters in Ohio. If you don't have a local meetup, do what I did. I created one. In the words of my friend Glenn “the Geek” Hebert, it's not who you know, it's who knows you. Check it out at www.meetup.com I run a local podcasters group for Northeast Ohio www.neohiopodcasters.com

Reach Out to Other Similar Podcasts

Some of my best friends are my “Competition.” Daniel J. Lewis from the Audacity to Podcast, Ray Ortega who does the Podcasters Studio, Mike Dell works for Blubrry and does the Podcast Help Desk, there are others as well. Reach out to them and see if they'd like to co-host an episode or a segment, or be interviewed, or… or … or.. Remember there really isn't any competition in podcasting. They can listen to you on Monday and your competition on another day of the week. It's not like radio where you are both on at the exact same time.

Reach out to Businesses?

If I did a show about weddings, I would reach out to every dress shop in the area and see if I could put some CDs at the check out for exchange for a link to their site, or a mention in the show.

You can get a portable recorder for as little as $99 for the Zoom H1 or just use your phone. Then give these people your business card, and tell them they will be on a future episode. You do have business cards right?

There are TONS of ideas

Speaking of Daniel and Ray, we do a show together called the Podcasters Roundtable and we did an episode pointing out ways to promote your show (how to grow your audience from 100s to 1000s). The point here is you can't think about these ideas, you have to do them.

In a recent (not safe for work) video Gary Vaynerchuck explained that he would Google his topic and connect every blog/podcast about his topic. He said 1 in every 347 will write your back, and that is better than zero.

If you're thinking of getting into podcasting, you can read articles, get confused cause some say to launch with 15 episodes, and some say (like me) it doesn't matter. Some say New and Noteworthy is the goal, and others (like me) say it's not that great. You can't improve what you don't start.

How NOT to Make Money In Podcasting

She's back! Jessica Kupferman runs the JKM Agency has a fun story today. In the same way that you learn new skills when you start podcasting, you will learn new skills when you take on a sponsor. You will need to learn how to read an advertisement. It's not as easy at it sounds. If you just read the bullet points, you can be boring. If you stray too far from the bullet points, you may forget to hit all the talking points. Today she talks about someone who had to redo an advertisement three times.

The lesson is, read all the paperwork that comes with the sponsor. Know what you HAVE To say, know what you are ALLOWED to say, and then try to say it in an entertaining fashion. If you mess up, you don't get paid for that sponsor.

For more information about getting a sponsor for your show check out Jessica at http://www.jkmagency.com

Because of My Podcast Story

Jessica Rhodes of Internet Connections had a live panel on her latest episodes. The people on the panel had been interviewed on other shows, as well as some have their own podcast. Becuase of their podcast:

Check out the episode at http://www.jessicarhodes.biz/ic023/

Where I Will Be

October 21 I will be attending the Big Podcast Event in Nashville Tennessee. Use the coupon code SOP to save $50 on your ticket.

November 10-11 I will be speaking at DC Podfest. My presentation will be “Is your podcast making these mistakes?”

Owner of the School of Podcasting. Also produces the "Ask the Podcast Coach." He is also the author of the book "More Podcast Money" and is a regular speaker at podcasting and media conventions.
1 comment on “Are You Doing Everything To Grow Your Podcast Audience?”