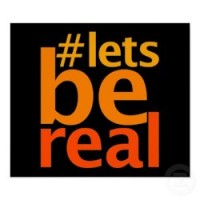 I received an email from a listener who has a difference of opinion when it comes to God. Apparently me saying “God Bless” at the end of my podcast is offensive. Here is his email:

Well, it was fun while it lasted, but I've listened to the last episode of School of Podcasting that I'll be listening to.  Normally I'd just unsubscribe and move on with my life, but since you've given me a lot of good advice, I thought it would be fair to return the favor.
Your inability to get through a show without letting us all know what religion you are is utterly insufferable to me, as I'm sure it is to many of your former listeners.  I don't begrudge you your faith, but if I wanted to listen to someone babble about their imaginary sky-buddy, I'd download a religion cast.  With an informational podcast, I should not know anything at all about (a) your religion or (b) your politics.  I'm sure you aren't intentionally narrowing your audience, but you are very effectively limiting your audience.
I would look at it the same way I look at profanity in a podcast (and sorry for comparing Jesus to profanity, but I think you'll appreciate the analogy).  Nobody will ever quit listening to your podcast because it doesn't have enough profanity, but plenty of people will stop listening because it does.  I would strongly recommend you leave the religious references out in the future, and hopefully atheists like myself (and the 20% of Americans who do not believe in God) will feel welcome when listening to your show.
Thanks for all the great work,
Aaron Davies.
ps This would probably make a great subject to discuss on a future episode.
Here is my response:

I listen to George Hrab's podcast (as an Atheist you should check it out). When George talks about the religious morons of the week, he is being George. I wouldn't expect anything else from him. In the United States of America I would fight for the right for George to say his opinion – even if it directly conflicts with mine. You have the right to tune me out, as do I when I listen to George. I know George is a skeptic, and he knows I went to “preacher school” before I quit (religion, not God, drives me nuts). While I could cut George out of my life (we just did an hour live at the NMX) then I would miss all the things we agree on because we disagree on one thing. That would be a shame (and kind of intolerant). I've helped skpetics start podcasts (to not do so wouldn't really be showing God's love now would it?), heck if Jesus was alive today he'd be hanging out with crack heads and politicians. Not that skeptics are crack heads, my point being Jesus hung with everyone. He did not discriminate.It is you choice to unsubscribe, I can't stop you. I wish you the best in all you do. I am Dave Jackson. I'm a Christian. I'm a podcasters. I'm trying to lose weight. I'm a guitar player. I'm a husband and step father. For me to not talk about any of these subjects would stop me from being me, and people can spot a phony a mile away. It was never my intention to offend anyone. Be well,Dave

I could have also added Robert Chazz Chute who was very helpful to me when I was writing my book. He is an atheist. This doesn't mean he is sacrificing goats and small children in the back yard. He makes me laugh. I like his books. We disagree on God.

What Happens When You Worry About Offending Everyone

When you remove all opinion that offend everyone, you end up with a morning news station that talks about the winner of American Idol instead of what is really going on in the world. You end up with content that in my opinion is unlistenable. I once worked for a company where ONE customer complained and the owner made SWEEPING changes. The result? A MASSIVE change in customer service in a NEGATIVE way. While I can name all sorts of people who stand up for what they believe (John Stewart, Ted Nugent, Donald Trump, Ellen DeGeneres), I have a hard time remembering people who never stood up for anything, or stood for anything. This doesn't mean your goal is to BE offensive. You're goal should be to be yourself while you create great content that is a “Must listen” or “Must watch.”

Dr. Nina and her “Win the Diet War Podcast” is listed in the “New and Noteworthy” after just two episodes. What did she do?

1. She had a professional create her album artwork
2. She spent some money for voice over, and royalty free music
3. She spent money and got a good microphone (2100), and a portable recorder.

She took her award winning content that was on her blog and added her tone of voice and made a podcast out of it. Dave and Diane didn't start off hating each other, but a few years into their marriage they were on each others nerves all the time. Their families told them to get divorced, but they've decided to try to apply all the knowledge they've learned in therapy. They share tips and insights that they've learned as they struggle to heal their marriage. Come along for the journey with this non rehearsed, real life, reality radio show.

The Worst Presentation with the Best Message

The LiveLab people at the expo put on a great play call Inventing the Future. Right now when you go to the youtube preview it has a “Click here to watch episode 1” that doesn't work. When I was there live, they promised interactivity (but didn't have any REAL interactivity), they delivered a very polished, scripted play. I feel they have no idea who their audience was, and I felt their presentation was very old media. If we make it sound good, look good, and tell them its cool, they will think its cool. That's old media. How about you give us the facts, the features, and let us decide? That's what Ford did, and I walked out of the expo with a totally new opinion of Ford Motor company. Why? Because they spoke TO us, not AT us. They revealed what worked for them, and then what didn't. By exposing their areas that didn't work, it create an intimacy. I trust them now, because they obviously trust me. Why else would they expose themselves? They were real. They treat me as an equal. They delivered what they promised.

Owner of the School of Podcasting. Also produces the "Ask the Podcast Coach." He is also the author of the book "More Podcast Money" and is a regular speaker at podcasting and media conventions.
14 comments on “I’ve Got To Be Me – Tales From The Expo 2”