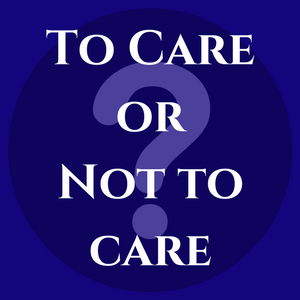 The podcaster attitude can be a tricky one to juggle. You care about your content, you care about your audience, but at times you might want to try something new, and that means your audience may not like it. If you like it, should you do it? Amy Pohler says yes. Success is achieved through Ambivalence. This episode originate at www.schoolofpodcasting.com/584

Because of My Podcast – Dave Jackson

My podcast has opened many doors over the 12 years I've been podcast. When I got home from Podcast Movement, I got an email from Michael Stelzner from Social Media Examiner stating he wanted to talk to me about the Social Media Marketing World 2018. In talking with Michael (and I so wish I had a copy of this ) he stated that he had people involved with his conference like John Lee Dumas, Daniel J. Lewis, and he's good friends with Cliff Ravenscraft. Michael said he turned to his crew and asked “Who is missing on the podcasting end, and they all said, “Dave Jackson.” So here again, it's not who you know, but who knows you. So because of my podcast, I will be speaking at Social Media Marketing World 2018. The event is February 28th – March 2nd in San Diego. Shortly after talking with Michael, I received a call from Chris Krimitsos, and I will be involved again with Podfest.us in Flordia February 8-10 in Orlando Bay.

This weekend, September 23rd I will be the closing keynote of the first-ever National Podcast Power in Perrysburg Ohio.

While I'm talking about speaking today (9/18) I will be running the gathering of Northeast Ohio Podcasters where we meet, talk podcasting, gear, and whatever you would like to talk about. Check it out at www.neohiopodcasters.com

At Podcast Movement Shawn Park from The Be Your Own Nerd show let me play with his Yellowtex iXm microphone/recorder. Here is a little about the microphone/recorder: “iXM was designed to become the finest reporter microphone ever. One of the most challenging requirements was a perfect auto leveling. Our engineers managed to develop an excitingly innovative procedure: the LEA engine. Whether whisper or cry, you will always enjoy a perfect level. LEA lets you do amazing recordings even under stressful conditions. No AGC and no artifacts. Try it out, you will be amazed.”

The price is $761. (so this may not be for the hobbyist, but it's always interesting to see pro gear like this as a more affordable version is probably in the works that will hit the shelves in a few years.

Check out Shawn at beyourownnerd.com

Ambivalence Is the Key To Success -Amy Pohler

In the past I've mentioned there are three things a podcaster needs that have nothing to do with the tech.

Support of your family – without it, there is stress and pressure

Your health – without it you don't function well, if at all

If you look at the above three, that if one is removed, the other two suffer.

Today I Want to Focus On The Attitude

I've mentioned in previous episodes how Jerry Seinfeld had to wait four years to get on the Tonight Show. He then kept killing it on every appearance for the next nine years before he got his own show. The television show Seinfeld did awful for the first four years of its existence.

I've been reading alot of autobiographies lately (or to be honest listening to them). My most Recent were Martin Short and Amy Pohler. In both cases, they kind of knew what they wanted to do (entertain people and be in “Show Business”). They started with small theater groups and immersed themselves in their local scene. They worked with people who were better then they were, and learned. They performed in theaters that were housed under a supermarket. They were in buildings where you put things over the bathroom drains to keep the rats out. They suffered through these horrible situations because they loved their craft, and they knew that these experiences would only help them get better.

In Martin Shorts book he explained how he was doing a live TV show in Canada. Tony Bennet (one of his heroes was on the show, but due to a snowstorm was very late – again live TV). Martin was supposed to sing near the front of the show with Tony closing the show. With the staff scrambling to fit pieces into the live TV show puzzle, they finally heard that Tony was going to make it. As soon as he arrived, they put him on and in true Tony Bennet fashion, he was awesome. There was only one problem, this meant Martin had to follow  Tony Bennet.

Here is an excerpt from his book, “So I started singing: “Here we are, on earth together… . It’s you and me!” Already, I was wrong. The lyrics are “It’s you and I.” That’s because the song I was singing, by Stevie Wonder, is called … “You and I.”

This little slip was enough to knock me completely out of orbit. I suddenly forgot the rest of the lyrics—and worse, for reasons I still cannot fathom, I started to impersonate Tony Bennett while improvising new lyrics. ”

Later Martin would bump into Tony in the bathroom, to which Tony looked him square in the eye and said, ““You froze good, kid.”

Both Martin and Amy knew, especially as they were often in groups doing improvisation that some nights you are the bug and other nights your windshield. You don't get better without practicing your craft.

Martin Short who only did one season of Saturday Night Live (and yet Ed Grimly lives on forever) had (and has) serious imposter syndrome as about every seven years thinks his career is over, then he gets a new job.

How I take this is we have to care about our content, and deeply care about our audience, but in the event, we try something to better our show and it fails, we need to able to learn from it, and move on. As I've heard many shows (including some of mine) lead off with an apology (a pet peeve of mine) this is easier sad than done.

If you are driving and accidentally cut someone off, they may wave at you in a particular fashion using one finger. Does this stop you from driving the next day? No, we go out, learn from our experience, and move on.

Thirty percent of your audience will LOVE you

To Care or Not To Care

You will always care about your podcast content, but there may be times when you don't care about the result. You need to do what is best for you, and for the show, and if you're audience doesn't like it, they will have to deal with it, until your new target audience catches up with your show.

Start the School of Podcasting 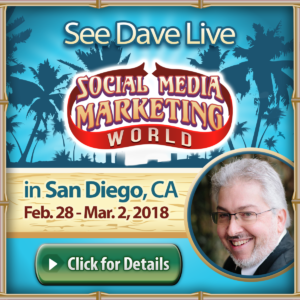