No Longer Trapped in Radio, Phillip Keller Turns His Spotlight on Real People with Real Miracles 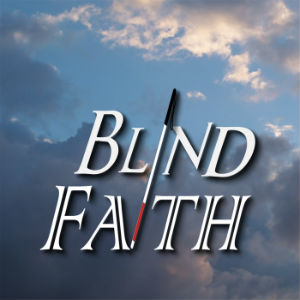 Because of My Podcast Randy Goers of the Drone Radio Show

When you start a podcast you are seen as a digital influencer and today's example of something that wouldn't have happened if it wasn't because of their podcast is from Randy Goers who produces the Drone Radio Show. He explains how he is able to make great connections, and be able to attend Drone events with a press pass. He recently was able to interview one of the senior vice presidents of Intel who is in charge of directing their drone policy and program. That all happens Because of my Podcast.

How to NOT Make Money with a Podcast

Today I start a new segment that will appear from time to time with Jessica Kupferman who runs the www.JKMAgency.com and helps podcasters find sponsors. This segment is to help podcasters looking to monetize their podcast by helping them avoid the mistakes other are making. Keep in mind, you do not have to monetize your show.

In this first initial segment, Jessica explains that when quoting numbers to a potential sponsor the number people are interested is your episode downloads after 30 days of being available. Monthly stats don't count because in that monthly downloads are episodes in your back catalog (and the sponsor is not going to be in those episodes). While most podcasters are not crazy about the CPM Model (where you are paid a certain amount of money for a thousand downloads, such as 30 CPM would mean when your episode goes over 1000 downloads you would be paid $30).

If you're creating a media kit, you need to have a dollar value in mind so that when people ask for it, you're ready. Being secretive about your pricing is not going to help you. Yes, everything is up for negotiation but you have to have a starting price.

Phillip Keller spent 25 years in Cleveland Radio. He took not one, but TWO stations to number one. His show might be seen as controversial as he interviews people who have been healed by a local Dr. Issam Nemeh. This has lead to national attention. The miracle stories became so commonplace that programs as varying as Dr. Oz and 700 club feature Dr. Nemeh. Phillip does all of his own production and editing even though he is legally blind. In today's interview he talks about:

How he was treated when he got to #1 is amazing.

Why he doesn't miss radio.

Besides radio, what other things have gone away in his life?

How long should your podcast be?

How being featured got his numbers to jump

How his first podcast was awful.

Where did the name Trapper Jack come from?

How he turning his podcast into a book using rev.com

What is his favorite miracle story (Episode 210)

Check out Phillips show at www.blindfatihlive.com and subscribe to them in Apple iTunes

Support his show on Patreon

The Messengers: A Podcast Documentary Preorder in iTunes

I will show you how you can also get entered into drawing to get free items like a Heil Pro 40 Microphone, digital recorder and more

I will be speaking at the National Podcasting Power Event in Perrysburg Ohio on September 23, 2017. See http://www.nationalpodcastpower.com/