Lessons From My First Crack at a Narrative Podcast Episode 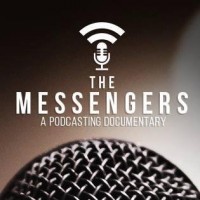 I recently started a podcast in a narrative fashion about a documentary called the Messengers, as I've never done this style of podcasting before. Here is what I've learned.

You have to know what story you are going to tell so you can add some intrigue, inspiration, comedy, etc.

Identify your plot. For my first episode I wanted to tell the story of how and why everyone got involved, with a subplot of some behind the scenes. Then I wanted to build interest in future episodes. Looking back, it might've been better to keep it short and precise.

It takes A LOT of time. This is why shows like Reply All have a team of 15 working on their show. Right now, I'm a team of one. The first 20 minute episode took around 4 hours. That is roughly a 12:1 ratio.

My tool of choice here is the software Hindenburg Journalist. It's $99, and works on both Mac or PC, and you can drag in a bunch of files, cut them into pieces and then drag and drop them into the order you want them. It also auto levels the audio, and in this case I have all sorts of audio.

Get the best audio you can. This is true for every podcast. In my case I had some phone conversations that sounded horrendous next to a skype call. I always judge if a clip is helping the story.

Beware of the creep. What I mean by this is as I'm creating an episode about things that have already happened, there are things happening NOW. You have to think through the ears of your audience. They only know what you have given them.

I'm reading Out on the Wire: The Storytelling Secrets of the New masters of Radio which I realize is a bit backwards. I should've read it before I started, but sometimes you just got to jump into the pool.

When is a Remake Better Than the Original

15:15 I saw Ghostbuster this week, and found it very “Meh.” It didn't scare me, or make me laugh. It was a shame as there are some really talented people in it. When we try to recreate someone else's magic, it typically doesn't work. I'm sure if we said some old movie from the 1920's compared to a version of the movie made in 1983 that the newer version would be better. Typically a copy/remake of something isn't as good. With this in mind, don't try to copy someone else's show. Be yourself. Your audience will thank you for it

The Only Thing Stopping You – is You

18:03 Is this you? You know you're a nice person. You're a good person. You're not perfect, but you always do your best. You have things you are proud of, and things you might wish to forget. Does this sound familiar?

I'm going to share something I did this week. I talked at the beginning of the year how 2016 was going to be me getting out of my comfort zone. So I'm going to share a bit about my life, what goes in my head, and how I pushed through, and how you can too. In the end I'm glad I did, and you will be too.

Here is some back story.

We all have these. We all have something to say. But it is the past that often steps in to stop us from doing really good things in the future. Sometimes when these wounds are still fresh, they can really set you back.

For me, I now work from home. It's weird. I go days where the only person I talk to is the check out girl at the grocery store. I might go to Bob Evans just to have chit chat with a waitress. It's weird. So I went to meetup.com and signed up for all these groups where people that are around my age go out and explore the city. I could use some friends. It sounds like a good idea. But I had multiple opportunities to go. I always found other things to do. Here I would love the opportunity to have conversations, and yet I now had all this self doubt in my head. They say the older you get, it takes longer to heal, and that may be the case here.

Sometimes you have to baby step it. Sometimes those babies steps can lead to huge outcomes. I am going to relate this to podcasting in just a second. So I decided to go to a restaurant/bar to hear some old friends band. This was an area in Akron, Ohio called Portage lakes. It was a beautiful night to hang by the lake, listen to some friends, and do this thing called relaxing that I hear people talk about.

Did I mention that there is a female lead singer in the band?

I've known her for years. We always joked how I was married when she was single. She was in a relationship when I was single. Now we are both single.

I walked up behind her and said, “I remember you.” Well, the reaction I received was amazing. One would've thought I was a returning soldier coming home from the war (insert divorce joke here). She almost cried. It created somewhat of a scene. Her guitar player (another long time friend) had not seen me in years (all of my friends from my home town have not seen me in about 8 years). I turn around and there was another musician that I had actually played with in one of my old bands. Here is the point. There were people there waiting to connect with me (I did get her phone number by the way). They were all glad to see me. All I had to do was push through and make a little effort. As we often say on this show, “Nobody will punch you in the face” (thank you Ryan Parker of foodcraftsmen.com ) and nobody did. So when you push through and you start your podcast, there will be people there glad to meet you.

So why did it take so long? Because I would over think it. What if I met a woman? Where would that go? Etc, I would WAY over think it. I made it way super complicated in my mind. I think we do this in podcasting. We start thinking about our HUGE audience that we are going to have, and we focus on all the technology, etc. We make it super complicated in our head, when in reality its not. You don't have an audience, and by the time you get some numbers you will have had some time to work out the kinks. Instead we focus on the people who may not like us. You know what? There may have been people who didn't like me at this bar because I was drinking water? You know what I didn't notice because I was busy spending time with the people who enjoyed my company, and that's what you can do with your podcast.

Here is one of the coolest things about podasting. In some cases, you are the team. You are the committee. You are the program director. You don't need to ask for permission. When I was at Podcast Movement, it was kind of weird as I had to check in and see what my boss wanted me to do. When you are recording your podcast, no check in is required. You are 100% completely in control. It is YOURS. The only person who can stop you (for the most part) is YOU.

Jump in the Pool

29:02 I'm full of stories this week. I also attended a birthday party for my brother. Also in attendance was my niece and her three children (my great nieces and nephews). I showed up just in time to see my 8 year old great nephew (who had started the day in a life vest) jump off the diving board into the deep end, tread water and swim to the side. Now his first attempt he didn't jump straight, and aimed toward the side of the pool. There is where the experience swimmers (his Mom, and the adults) advised him to NOT jump towards the side because you might do too good a job and bang you head on the side of the pool, which happens to be concrete.

Shortly thereafter his five year old sister did the same. She needed a bit of help to get to the side of the pool, but it was amazing to see someone jump off a diving board when there is a chance of drowning.

Later my Great-nephew said, “I'm proud of myself.” Here again, someone had faced their fears only to come out the other end feeling good.

Catching Up With My Listeners

36:02 I got email talking from Orlando about other countries “Catching up” with the USA, and Heather From Craftlit recommendation to go listen to the Voice Acting  Mastering.

Poll of the Week – Podcast Players

Book: Out on the Wire: The Storytelling Secrets of the New masters of Radio