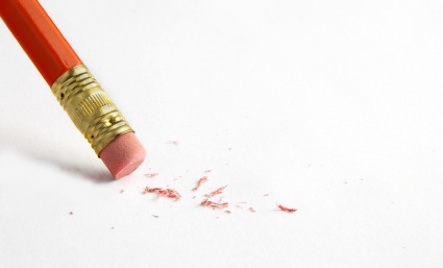 “So the writer who breeds more words than he needs, is making a chore for the reader who reads.” – Dr. Seuss

“I've found the best way to revise your own work is to pretend that somebody else wrote it and then to rip the living shit out of it.” ? Don Roff

“You write to communicate to the hearts and minds of others what’s burning inside you, and we edit to let the fire show through the smoke.” – Arthur Plotnik

I love editing. It's one of my favorite parts about filmmaking. Steven Spielberg.When I was in California for a new Media Expo, one my my friends scored ticket to the Tonight Show and my wife and I were able to Go. Jay Leno came out and I'm still not sure what happened (it might've been a cue card issue) but he stopped, and he went back behind the curtain and they did the whole intro again. Obviously, the first intro never made it to air. They do a thing called editing that takes the hard work that you've put into finding a topic, and it makes sure you don't get in your own way. I know improve can be electrifying, but in my travels (see Second City in Chicago and a couple improv groups here in Cleveland) most improv sucks. It could be funny, buy it needs this thing called editing.

1. When I edit my show, I'm listening through the ears of my target audience. I listen to see if we are on topic. If I'm not on topic I should cut something, I always ask WWMAD (what would my audience do).

2. It should never sound edited. There will be times when Skype burps, and you have almost nothing to piece together – I get that. But if you go to cut out an “Um” and the person said, “UuuuuumI think that..” and it's to hard to get the Um out without it sounding weird then leave it it.

3. If you want someone to promote it, they better sound good.

These are my opinion/rules do with them what you will.

Podcasting Is All About Being Real Right – Why Edit?

When podcasting first came on the scene in 2004 you could use your built in microphone and just talk. Much like Milton Berle was the king of TV in the 50's you could be the king of podcasting. Looking back you had a choice of watching Milton Bele or a test pattern. In 2004 you had about 50 podcasts to compete with.

Guess what? TEN YEARS later podcasters are spending hundreds of dollars on microphones and using dedicated media hosts and interviewing A list celebrities. You can't just wing it. Wait, I take that back. YOU CAN. The question is should you. I'm here to throw my vote as a yes. I edit my podcast. I love this quote: ““You write to communicate to the hearts and minds of others what’s burning inside you, and we edit to let the fire show through the smoke.” – Arthur Plotnik.”

Be Prepared – One of the reasons we have “ums” is our brain is trying to figure out what to say next. SLOW DOWN, and you will have less ums to worry about.  If you're doing an interview, have some questions planned to use as a “game plan” that you can refer to if the conversation needs a poke.

Don't Mess With Your Stuff –  If possible set your equipment up and leave it. This eliminates technical issues in the future.

Give Your Guest a Target

Here again, the more you “Wing it” the more you will be editing later. If you are doing interviews, it is your responsibility to give your guest a target. Let them know you might pause between questions, this helps to avoid the “over answer” (more on that later). Let them know what to expect.

Let Your Guest Know Who They are Talking To

I do a number of podcasts. I was asked what my favorite book. I had a very vague idea who the audience was for this audience. I want to deliver great content. I want to provide life changing answers. So I gave a book that I like to read, and hoped his audience might find if useful.

Let Your Guests Know How Long the Interview Should Approximately Be

I was recently interviewed for the Boomer Business Owner podcast. The host of the show sent me to a link that help me understand who I was talking to, and what they were looking for in regards to answer length. If you ask me how I got into podcasting I have a 30 second answer and a 5 minute answer. Which one would you like?

Here is another great site from Jim Collison that helps him prep his guests.

My buddy Erik K Johnson of Podcast Talent Coach (and one of the co-hosts of the Podcast Review show) he had mentioned that when someone starts to take a tangent you can politely interrupt them and ask them for more details on whatever they just mentioned (and to get them back on track). It seems rude, but you're guiding them back to the information that you know your audience will enjoy. (see Erik and I talk about this)

What To Listen For When it Comes to Editing Audio

Train Wrecks – These are obvious. You hit the wrong button, your guest starts dropping F bombs, you have 30 seconds of silence in the middle of your show etc. You don't have to look for these they hit you in the face

Low Hanging Fruit – These are the “ums” and “ya knows” that stand alone. If the idea is to make you (or you guest) sound smart you can easily highlight them and press delete.

If Your Guest Answers “No” to a Question – In most cases finding out that someone is NOT doing something is not helpful.

Over Answer – This is where your guest answers your question and then there is a pause (maybe you're looking for the next question) however they think you are wanting more information so they start to answer the question with more unnecessary details.

Listen for the Answer to the question – In many cases the guest may give you details that are not needed (off topic etc). My favorite is when you ask a guest a question and they say,  “Well first I want to tell you about…”

TMI – In some cases a guest will give you too much information. You asked them what they had for lunch, and they tell you how they cooked it, what they used to eat it, etc.

Owner of the School of Podcasting. Also produces the "Ask the Podcast Coach." He is also the author of the book "More Podcast Money" and is a regular speaker at podcasting and media conventions.
11 comments on “Polishing Your Content – The Joys of Podcast Editing”