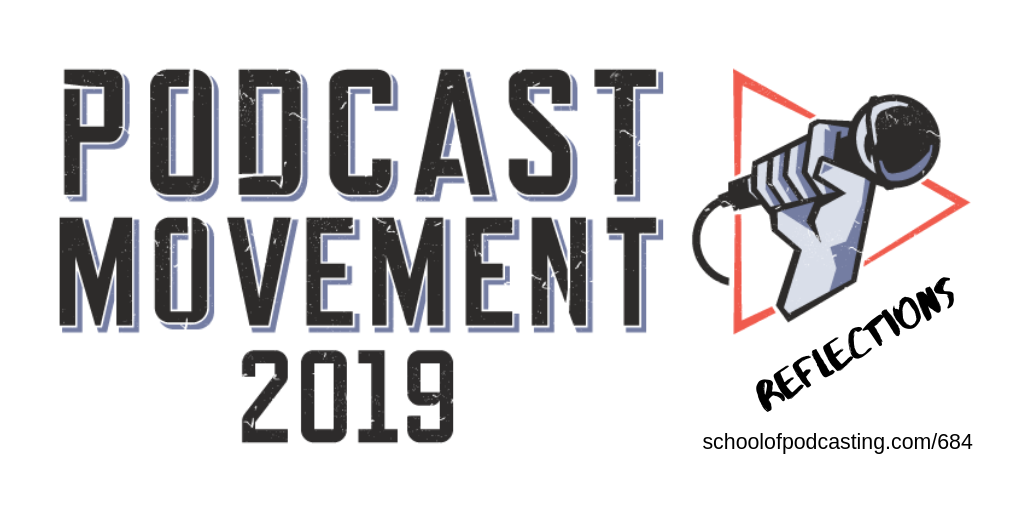 I was at Podcast Movement last week. I've attended all six Podcast Movements and it's been a blast to watch it grow. This year the venue was HUGE and it was weird as the number of people also grew so it was hard to tell just how much bigger it was compared to the previous year.

As always this is a class act all the way around. The checking procedure, swag, were all super professional. As a speaker, I would also say I LOVE the tool they use to track my session.

If I had one thing that I wish would change (and I say this every year) having loud, live music at a networking event doesn't work. Last year they had multiple rooms so those that wanted to dance could dance and drink. Those that wanted to drink and talk could go into another room. This year all the free beer was in the very loud room (it does seem wrong to complain about free beer).

It was a great year, and even over the loud music the networking was great, and from what I hear Tom Webster from Edison Research had one of the best/controversial sessions which showed that listeners don't seem to care if a “podcast” has an RSS feed or not.

While Doug and the team at podcastmusic.com have taken a step getting sound exchange into the game, you can't play your favorite music – yet. It will take some time, but we are headed  (slowly) in the right directions.

A representative fro Pandora stated that Pandora has planned on sharing revenue with Podcasters. This was said during the live taping of the New Media Show.

What was the last thing you shared (that wasn't yours) and why did you share it? Be sure to mention your podcast and website. Go to www.schoolofpodcasting.com/question