What Podcasters Can Learn From Geese, Ringo Star, and Michael Phelps 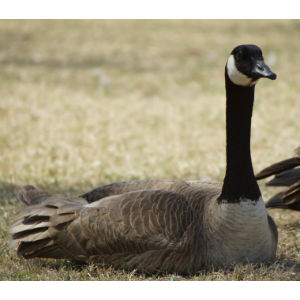 Today shares his thought on Podcamp Pittsburgh, the death of blab.im, the importance of workflow, and what Geese, Ringo Star, and Michael Phelps,  can teach podcasters.

The Messengers Are Coming!

If you live within driving distance of Akron, Ohio you might want to make a trip this Saturday the 20th of August as the Film Crew of The Messengers (a documentary about podcasting) will be joining our Northeast Ohio Podcasters Meetup group from 3-4:30. They are going to share their story, some cool footage, and film out meeting as well. For more information go to www.neohiopodcasters.com If you haven't heard the behind the scenes podcast about the making of the movie, check out www.themessengersdoc.com/podcast

Here is a recent write up about the podcast and movie (and it's not done yet).

I'd like to take a moment and recognize Dave Jackson from The School of Podcasting for spending what has to be an ENORMOUS amount of time editing and producing a podcast that highlights “behind the scenes” for an upcoming film called The Messengers: A Podcast Documentary.

The film is the brainchild of Executive Producer Chris Krimitsos and I also serve as Executive Producer myself. This film has taken us and the crew – Director Niel Guilarte, D.P. Willie L. Harper, and Lead Film Editor Saulo Zayas – literally into other countries to highlight the stories of how podcasters have used this medium to make a MAJOR impact in their communities and/or through their audience.

This episode chronicles the back-story of our experience flying down to Guatemala to support and film mobile podcaster Shawn Smith‘s Now Is The Time Mission, where the organization serves villages living in extreme poverty through building and installing high efficiency stoves, laying down concrete floors inside homes, donating *tremendous* amounts of clothing, school supplies and other goods as well as lead a daily VBS program for all the kids of the villages they serve in… Shawn has been doing this every single year for over TEN years.

At the end of each day, Shawn sits down to interview the volunteers about their experience and as you can imagine, these conversations get raw and emotional. These podcast episodes are then uploaded and shared with loved ones back home.

This episode of our podcast for The Messengers: A Podcast Documentary highlights this trip and some our own experiences — and emotions.

I hope you take the time to listen to it and enjoy it, and also enjoy the level of production podcasting PRO Dave Jackson has poured into this. Thanks Dave, you are freaking amazingly talented.

In a slide show of the previous 11 years of Podcamp Pittsburgh, you could see where this event was well attended in the past. This year they had approximately 50 people. NOW HOLD ON, before you judging things just by numbers. For me, my goal is to find individuals who want to launch a podcast. I started off my opening keynote speech asking the intimate crowd how many of them already had podcasts. Very few hands went up. When I asked how many people didn't have a podcast yet, TONS of hands went up. So while this was an intimate group, it was a perfect group for me.

So judging things by numbers only goes back to people looking at producers who love to share their huge numbers. They might think, “I wish I had those numbers” but what you don't know is how engaged that audience is. While there is no spam in podcasting, some people may not be that engaged with the host. For example, I get very little interaction from my Weekly Web Tools podcast. I love the show, and I love my listeners, but it's a fact that my School of Podcasting Audience is more engaged than the Weekly Web Tools audience.

As always I go to events to network with some folks, Saturday night I got to meet some very cool people. I also got to hang out with some of my awesome Libsyn people (Elsie Escobar from Shepodcasts.com and Krystal O'Connor the mind and voice behind all the libsyn tutorials.

Sometimes Different is Better Than Better

In talking with someone at Podcamp Pittsburgh, they asked how not to sound monotonous. The person explained how they did a show where they asked the same questions to each guest. Now I could be wrong, but my knee-jerk reaction was to think that this person might be trying to follow in the steps of John Lee Dumas (who wouldn't? He makes millions of dollars with his podcast), but (and I've said this before) you will never out “John Lee Dumas the actual John Lee Dumas.” You see, it comes to him naturally.

I live in an apartment complex with a few lakes. Because of the lakes and the lovely surroundings, we have hundreds of geese. I see them all the time as I walk around my neighborhood getting some exercise. Last week I saw a goose where it looked like they ran out of black paint when they were painting his head. Typically a goose's head is black, with some white coming up from their neck. This goose looked like his head was white, and someone had sprinkled some black on his head (instead of the other way around). I don't know if the geese do this on purpose, but this goose is also separated from the rest of the geese by about 10 feet. When I ran into tonight, they were all by the lake; he was 30 feet away walking down the sidewalk.

Now I see these geese every day. They all look identical. I could see the same goose day after day, and I wouldn't know it because they all look the same.

That goose with the different paint job may be thinking to itself, “I wish I had more black on my head. I don't look like the other geese. I'm ugly. I stand out. ”

My point is because this goose is different and it DOES stand out. Embrace your uniqueness. There may another goose in that flock that can fly better, honk louder, and swim faster and I would never know because it looks like all the other geese. I do not notice them. Sure they may be “better” geese, but I don't remember them. The goose with the different paint job I will remember.

I have one more example. Ringo Starr is probably one of the most famous drummers of all time. He has a specific style. These are due to a couple of things. One, he was born left handed but his Grandmother “made him” right handed. He still plays the drums with his primarily with his left hand. Meanwhile he plays drums that are designed for a right handed person. He also plays (as he describes it) with his “shoulders” and this often causes his snare drum to be just a shade late on hitting the beat. Many people say they can tell when he is behind the drums because his “wrong” style of playing delivers a unique style. In Ringo's case, different is better.

So you may be thinking, I'm not like the other podcasters. I can't publish a daily show, I don't have a Heil PR40, I can't, I don't, etc. To this I say, It's not the tech. If you have nothing to say but have a great microphone, it won't matter.

For the record, when John started HE looked DIFFERENT. Nobody had done a daily show for entrepreneurs.

I didn't watch much of the Rio Olympics, but what I saw was very inspirational. Michael Phelps is the best swimmer of all time. The media was preparing for his final swim meets, and they were talking about who he would be up against. Different athletes were coming from different countries with different ages and speeds. These were Michael's competition. This was when I thought about swimming. It's not like his competition is in his lane blocking him from swimming. They weren't going to be grabbing his arms, or legs. The only person Michael Phelps had to beat was Michael Phelps.

Podcasting is very much the same way. You are only as good as you last episode (for the most part), and we shouldn't shouldn't measure ourselves against other podcasters. We never have the full story, of what is going on behind the scenes of someone's podcast success. Obsessing over other podcaster's success takes your focus off your audience.

Here are some comments from their farewell letter

We took a hackathon project that we built in 3 weeks and grew it from 0 users to ? 3.9 million users in less than one year.

The problem? According to their farewell letter, “Of the 3.9 million total users, only 10% (~400,000) came back on a regular basis.” This is really stupid part of this statement is they provided a download link to the audio and video. People then took these files and put them on YouTube, and their Media hosts like Libsyn (use the promo code sopfree to get a free month).

They also said, “Because the off-the-cuff, unpredictable nature of live streams make for terrible replays.” You mean average untrained people are not masters of improv entertainment?

They said, “But the majority of usage came from everyday people “just hanging out”. They weren’t making content; they were making friends.” The best ‘content creators’ used it ~once a week, for ~2 hours. The people who were hanging out with friends used it 5–6 hours per day, every day. My team is here for one reason. To build a product that millions of people will use everyday. Another classic line which I respect is “For us; we would rather fail to try to achieve our mission than succeed at someone else’s mission.”

Here is another example of someone shooting for perfection (a life changing social network like Facebook), they missed the mark, and ended up on pretty good. Well, that wasn't their goal. To that, I can say I understand, but people hanging out and making friends will be much harder to monetize. In the meantime, I've moved over to firetalk.com and will be playing with Huzza.io

Need Some Help With Your Podcast?

I'm available for one on one consulting. Check my schedule at www.schoolofpodcasting.com/schedule

Get Future Episodes the Minute They Are Released

Owner of the School of Podcasting. Also produces the "Ask the Podcast Coach." He is also the author of the book "More Podcast Money" and is a regular speaker at podcasting and media conventions.
1 comment on “What Podcasters Can Learn From Geese, Ringo Star, and Michael Phelps”