What Podcasters Can Learn from the Movie Business

We start off by hearing about a podcast that received 4,000 donations in our quick tip at the top of the show.

I researched what it's like to work in the movie business. Why? Because movies are meant to entertain and take up the audience's time (their most prized possession).

When I look at Kickstarter there are quite a few podcasters that feel that if they just had the technology or more advertising. The Lone Ranger Movie from 2013 . While advertising can boost awareness, in many cases – just like the – advertising can't fix a show that bypassed the focus group step and feedback.

If you're asking for 10,000 and you only have two backers, from the outside it looks like you are missing the “Crowd” in crowdfunding. 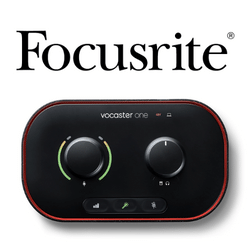 SPONSOR: Focusrite: The Vocaster Series Made For Podcasters

Podcasters Don't Have To Ask for Permission to Make Their Show

You don't have to convince a board of directors (in most indie podcast fashion) to approve your idea. With movies you do, and you don't even approach them with a script until it be rewritten five times.

Movie Directors Make Sure They Got It Right

In the article, “What Does ‘Greenlit’ REALLY Mean? 9 Key Factors in the Script Development Process” it states, “exposing your ideas to potential audiences is what makes the difference between an okay idea and a great one. While solitude supports the creative process it’s important not to isolate yourself from others. Isolation can hinder the process.

Understandably it can be hard to talk about your ideas especially if they haven’t been fully thought out yet. But this vulnerability will pay off.

Send ideas to friends, family, managers. Anyone who can brutally and systematically dismantle just about every single one of them.”

I can't agree more, while a podcaster doesn't have to do a “Focus group” THEY SHOULD. When I hear people talk about a lack of audience, the one step they continue to skip is getting feedback.

Keep In Podcasting Opens Means You Can Always Have an Audience

While Spotify has not announced they are dumping RSS, they might as well have. They've called RSS outdated and are doing pilot programs recording directly to Spotify. If we lose RSS, we lose the ability for our audience to listen on whatever device they want, wherever they are.

It's Not the Tech That is Holding You Back

When I looked at podcasters trying to raise money on the crowdfunding platform Kickstarter, it appear to be obvious that many of these forgot to put the crowd in crowdfunding.

We want to be able to provide better quality and do advertising to reach a bigger audience!
$21 pledged of $50,000 goal
2 backers
33 days to go

On a second attempt at crowdfunding a true crime show:
Creating a podcast hasn't been easy. There are some reasons why: 1) Technical issues with the laptop. 2) Didn't have enough money to buy podcast equipment. 3)Need to pay for podcast host service. I have tried creating a campaign project but have failed and lost it all.
$2 pledged of $150 goal
2 backers
46 days to go

Growing our audience will be a struggle as we have no experience and no connections. Hopefully, the better equipment can lighten this load.
$1 pledged of $842 goal
1 backer  49 days to go

The Lone Ranger Movie from 2013 Could Not Be Saved With “More Exposure.”

I saw this movie. It is not good. I would not recommend anyone to see it. Yes the studio kept pumping more and more advertising dollars out to make sure everyone was aware of the movie. They were well aware and not telling anyone.

Profit From Your Podcast Book

Matt Damon on Hot Ones

What Does ‘Greenlit’ REALLY Mean? 9 Key Factors in the Script Development Process

Film Riot Invest in yourself