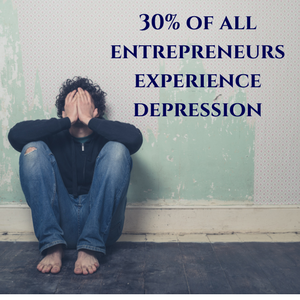 Today we have a serious subject that isn't so much about getting more downloads, and new cool gear, but the fact that your podcast can make a difference. I've helped people save money on fear, and help them launch podcasts. I've helped them find ways to grow their audience, and give them insights into creating better content on the Podcast Review Show. I've helped a listener of my Logical Weight Loss podcast lose 100 lbs. None of those compare to the email I received from the producer of Kuldrin's Krypt podcast.

Honestly, in September of last year, 2016, I had resolved get my affairs in order and to end my life on Halloween night, the greatest day of the year. I was introduced by complete chance to you. I was on Spreaker, did a search for podcasting and you came up. I chose to listen to you because my birth name is Ryan Jackson and I have a brother name David. Keep in mind I had never heard a podcast prior to this and I have no idea how I or why I was even on Spreaker's website…but I was and there was you were. I am a Patron because you gave me the tools to start my own podcast but more importantly you, YES! YOU! “The Dave Jackson, provided me with something to live for. My podcast isn't great, it isn't even good, BUT IT IS MINE and it provides me with the outlet I need to help other's and once again have a purpose in this world. It is just a very simple fact-if I had not found YOUR podcast when I did, on October 31st, 2017 @ 11:55p.m. a bullet from a Taurus .38 Special would be ending my life. Thank you for never giving up and fighting through…I'm sure through your divorce and the issues with your family it hasn't been easy but Dave, I am will continue to be literal living proof that it's been worth it. Thank you!

So today we are going to talk about setting expectations, and crushing it, etc.

Suicide Among Entrepreneurs is a Problem We Should Talk About

30% of all entrepreneurs experience depression, according to a study by Dr. Michael Freeman, a clinical professor at the University of California, San Francisco. Depression among entrepreneurs is way higher than depression among Americans in general, which is estimated at about 7% — although that number could be even higher because of the stigma associated with talking about it.

Of the 242 entrepreneurs surveyed, 49% reported having a mental-health condition. Depression was the No. 1 reported condition among them and was present in 30% of all entrepreneurs, followed by ADHD (29%) and anxiety problems (27%). That's a much higher percentage than the US population at large, where only about 7% identify as depressed.

Here are just some examples
In May 2015, 31 year old Austen Heinz, CEO of Cambrian Genomics took his own life.
In July, 29 year old Faigy Mayer, CEO of Appton jumped off a New York rooftop.
26 year old Aaron Schwartz, a partner at Reddit, hung himself in 2013.
47 year old Jody Sherman, founder of Ecomom shot himself that year.
One of his colleagues, 24 year old Ovik Banerjee, followed a year later.
22 year old Ilya Zhitomirskiy, CEO of Diaspora, took his life in 2011.

In Las Vegas one project had three suicides. In an article The Downtown Project Suicides: Can the Pursuit of Happiness Kill You?  they mention Jody Sherman (4/13), Ovik Banerjee (1/14), and Matt Berman (4/14) – all people involved in the Vegas Tech phenomenon.

Some people are smart enough to see the writing on the wall. Rand Fishkin stepped down as CEO of Moz in part because of his depression.Rand Fishkin

In 2010, suicide was the highest cause of death for people aged 15-49, in the developed world. That’s way above death from lung cancer and murder.
In 2013 Newsweek pointed out that the suicide rate in America had been increasing since 1999.

Why Is This Happening?

We get caught up in the should philosophy. I should have more downloads, more sponsors, more whatever. The bad news is your comparing yourself to someone's numbers who are potentially altered. We look at all the people “Crushing It” on Facebook, Twitter, and nobody sees the struggle. Should is fraught with guilt and remorse. It implies that you can’t change things.

So when we feel we are “falling Behind” we start to put poison in our bodies in the form of fast food, and other items that have no nutrition. We then cut back on our sleep to prove we are committed. In this instance when you need to be at the top of your game, you are filling it with junk, and robbing it of sleep. This is like buying cheap gas and punching a hole in your gas tank. Eventually the car is going to come to a quick stop.

We are told to DREAM BIG, and if we just focus on our dreams they will become a reality. This puts us into an anxious state, and that is NOT the time to be making decisions. Then we all get INSANELY Focused on our launch, and how we are going to come out of the gate at this breakneck speed, but then we are supposed to KEEP this pace. Anything less than a sprint is a lack of dedication. Think of joining a marathon an hour after it started. There is no way to catch up, but if you run the marathon that is still an undeniable feat. It is still something amazing that takes months of preparation, dedication, and is something a small percentage of people could accomplish. Yet you feel bad, because you're comparing yourself to others.

How to Get Help

A new Y Combinator-backed startup, 7 Cups of Tea, is trying to tackle one common problem: the affordability of help. When founders are running out of money for their company, that's rarely when they can shell out for a visit to a psychologist or other mental-health professionals.

Tim Ferris talks about this in his latest book and he's mentioned it on his podcast that he has struggled with depression. His advice is to adopt of attitude of gratitude.

Depression Among Entrepreneurs is an Epidemic Nobody is Talking About

Join the School of Podcasting and enjoy these valuable assets

Step by step tutorials that work on all platforms (Windows, Mac, iPad, etc)

4 thoughts on “Podcasting Gives a Listener a Reason To Live”