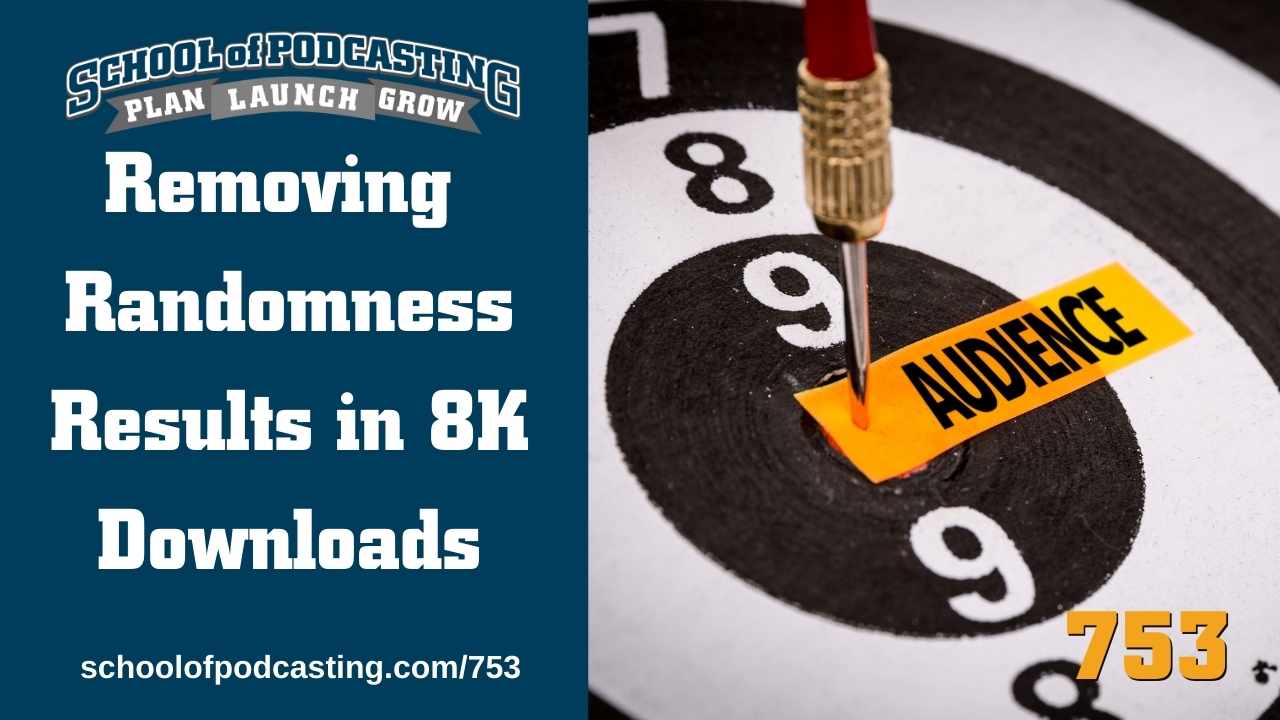 When I did a search for the word “Random” in a podcast directory there were over 50 shows with many of them talking about “whatever.” Today I'm going to share why I think this is a bad idea, and how being focused has help Carey Green get 8000+ downloads per episode for his Morning Mindset Daily Christian Devotional podcast.

As a teacher for decades, I can say I've seen how humans are not fans of change. They like things to stay the same and be predictable.

As a musician, I saw establishments that had comedy on Monday, Metal on Tuesday, Country on Wednesday…. in trying to have something for everyone they alienated everyone as you never know what night it was.

I had a dog for 14 years, and for many years all of my friends made up their own nickname. The dog heard random name after random name. Consequently, he wouldn't come when you called him as he had not connected with his actual name.

The Power of the Niche

On the Podcast Review Show (where you can get the insights of TWO consultants for the price of one) Jason Sacco from the Ankylosing Spondylitis show shared how this podcast is attracting people who have this disease. This is bringing HUGE relief as many people have nobody to talk to who truly understands what it's like to have this pain-causing disease.

Jaspon has a focused niche, but that doesn't stamp out all creativity. He has been trying some live roundtables and hopes to continue to grow his audience as he moves forward. While Jason would like to monetize his show, currently building the community and the lack of feeling alone is quite a bonus already.

He has also been getting some press for his show.

Carey Green Gets to 8600 Downloads Per Episode

Carey Green hosts The Morning Mindset Daily Christian Devotional. When I hear about people with large amounts of downloads in just a few years (Carey is just under three years) I typically wonder if they had a large social following, email list, or built-in audience. In Carey's case, he had none of those. Here are some key points we covered in our interview:

Check out Carey's show at www.careygreen.com

What About Jordan Harbinger? Isn't His Show Filled With Random Guests?

40:54 If you listen to the opening of Jordan Harbinger's show it sounds like he's just interviewing famous or random interesting people. He mentions, “astronauts and entrepreneurs, spies in psychologists,” which sounds like a bunch of random people. However, all those people are used to cover the topic of becoming a better critical thinker.

You Can Have Predictable Randomness

Both Carey and Jordan do something different on Friday. While this is a different format than other episodes, by doing it in a consistent, predictable fashion, the audience can adapt. Jordan has mentioned that his “Feedback Friday” episodes are very popular, and Carey's longer Prayer episodes were built on the requests of his audience.

Getting Your Audience Subscribing and Returning For More

When you deliver a message that the audience can identify with and say, oh, wow, that person really gets me or I can use this information to transform myself and achieve that success. They're going to connect with you and when they hear the call of a new episode, unlike my lovable little shi-tzu Dudley, they are going to come running back to subscribe for more.

The Launch of the Dog Podcast Network

12:15 I am going to be interviewing James Jacobson (a consulting client of mine) who is launching the Dog Podcast Network. Currently,Dog Po James is running the 101 Dog Stories Contest. Submit your 5-15 minute segment to win a place in 101 Dog Stories and you could win our grand prize of $5,000 USD. (Up to one hundred winners will take home $100 each.)

Simple, not necessarily easy: your best dog-adjacent story should be polished, fully produced packages that are ready for broadcast. We're not taking pitches, we're taking up to 101 segments. Make your best work, and be proud of it before you submit!

Check it out at www.dogpodcastnetwork.com/101

I would love to help you create a podcast that connects with our audience, makes you sound professional, positions yourself as an expert, and gets your message out on a global scale. You don't have to spend a million bucks to sound like a million bucks.

Join the School of Podcasting today

Episode 752 with Steve and Mark