Are Review Swaps Hurting Podcasting? The School of Podcasting is NOW OPEN 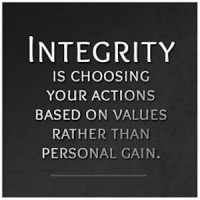 I went to Podfest.us a couple of weeks ago and I saw a person do a presentation that offered to help people launch their podcast for $8999. Just for that weekend, there was a sale, and they would only charge you $3990. This is America and if you can get people to pay for $4,000 for your advice, then GO CAPITALISM. I feel bad for your customers, because without an intimate knowledge of your product, my gut instinct says they over-paid. A couple of episodes ago I said the snake-oil salespeople are coming, and now I'm here to tell you they are here. So get your boots on cause the poop is getting deep.

I was in a private Facebook group when the owner of the group (the same guy selling a $9,000 podcast course) places this post:

RATE AND REVIEW SWAP – POST YOUR SHOW BELOW (LET'S GET A LONG THREAD GOING)
Is it ok to post your show via iTunes link? and ask for rate and review swaps?
I HIGHLY ENCOURAGE TO DO THIS
something like hey everyone, wanna do rate and review swap?
Here's my show
–show link removed by Dave–
Let me know when you've done it and I'll go do the same. Extra points for screenshots or copy paste of review smile emoticon
WHAT I DON'T ENCOURAGE
‘Hey guys check out the most bomb, amazing spectacular show on the planet – insert link. and subscribe please…
NOPE!
example #2
Hey guys this week we talk about how we are the real deal, and we discuss it in such an amazing way. ARen't we awesome! – link to youtube.
**Please don't F'ing do this! I am considering kicking you out if you do this more than 1x. and I won't tell you, so don't do it at all.
BEST PRACTICE FOR ASKING FOR RATE AND REVIEWS
“Anyone opne for rate and review swap: here's my show”
“Just left review for TAG PERSON – great show, here's what I wrote – insert message – THEN say – here's my show can you hit me back too”

The people lined up DROVES. The post was growing like a weed. This was like a unicorn. I had heard of them, but had never seen one, and it was depressing. After no less than 20 people I had put in their link I chimed in as asked why we were asking individuals who had never heard your show to give us a give star review. As always, I'm open to other sides of the story, so I asked, “Why are you doing this? If you can't get your audience (who has heard your show) to review it, that is a red flag that your content is not resonating with your audience. Please shed some light on this. He repled:

The idea here is that people can listen, rate, and review and not be strangers. As artists we need a place to be ale to get feedback to share on our show, and this is a thread for people to be able to do that.  We are not encouraging people to be strangers here and in a podcasting group it only makes sense to have a place where people can openly asks for reviews and feedback.

There is a place for podcasters to get feedback and share it on your show. It's called your audience. It's called comments on your website, facebook, email, voicemail from people who can help shape your content for the better. They are called YOUR AUDIENCE.

The answer is a lie. They are trying to game the system, jump up the charts, and boost their downloads. I get that. Who doesn't want a bigger audience? Do you remember William Hung from American Idol. This poor kid couldn't sing or dance, but he was so bad we shot him on the charts. William produced an album, and that's the last I heard of him. He doesn't have the talent to remain on that stage.

More and more professional content creators are getting into podcasting (radio people). They have paid their dues, and they have had lots of practice. They have found their voice, and they know what their audience wants. So now when we shoot your inexperienced (probably need some practice) podcast to the top of the charts, you look like William Hung. Your audience doesn't stay, and your career is over.

Don't be a Flash in the Pan

Next week Danny Peña will be on the show. He is a hall of fame podcaster who started out on cassette tapes. His main focus is on his audience, and he now works for CBS. He gets paid to play video games because he did the work, listened to his audience, and promoted his show endlessly. He didn't cheat, He didn't cut in line, he didn't spam anyone, and the guy is a rock star in the gaming world.

Back in 2005ish Dr. Joe Vitale started podcasting. His first episode was all about him, and how great he was and why you should listen. It did nothing for the listener. he had a huge email list, and he must've sent out an email for people to vote for him on Podcast Alley (this was pre-iTunes). They did. Joe went from zero to the top of the charts. His episode was awful, and the next week he was completely off the charts.

By “gaming” the iTunes charts the results are not entirely accurate. Apple went to a lot of work to build the system, and I'm pretty sure they are not going to be happy that you are playing them for the fool.

A recent article focusing on how to get to the to of iTunes New and Noteworthy came out and suggested this:

The article (which I'm purposely not linking to) states, “Fact: Once your show is approved by iTunes, they (Apple) give you an 8-week window to rise to the top in the “New and Noteworthy” categories. This is your best opportunity to strike podcast launch gold.” To this, I BEG you SHARE YOUR NUMBERS.

I've asked my audience to share their pre, during and post “New and Noteworthy Numbers” and the only people who have had shown that with over 1000 podcasts being added to iTunes each week (www.newmediashow.com) that the impact of New and Noteworthy is not thousands of downloads like it was in the past. If you can show me differently, I would love, love, love to see it.

Set a Date for Your Podcast Launch

I have seen so many people make appalling mistakes because they don't know what's involved with a podcast and they will choose a date. Even if it is six weeks out there is so much that go wrong with:

That to pick a date that you will launch is a pretty risky move. It is better to pick a day that you plan on having everything you need to pick the actual launch day. To this people freak out and state the 8 week rule. This is BS. You have eight weeks to be NEW, you can be NOTEWORTHY any time.

Be Ready For Your New and Noteworthy Screen Shot

It then states to be ready to take your screenshot (after bugging everyone you know, and as we have seen above – people you don't know) so you can climb the charts. If you're going to game the system, do it smart. PHOTOSHOP. Now I'm not saying this is a legit strategy, but it takes a lot less time, and nobody can check the history of New and Noteworthy. So if you're going to cheat, you should cheat smart.

The author states, Back when I launched my show in the summer of 2014, I set my alarm clock for middle-of-the-night and early morning hours. I didn't want to run the risk of missing my moment in the number one spot.

The more I work with podcasters, the more I see a trend. The people who spend hours OBSESSING over stats, don't have impressive numbers. Why? Because instead of obsessing over their audience, they are obsessing over download numbers.

If you obsess over the audience, the stats will come.

The article states,”The more frequently you release your shows, the more likely you are to stack up downloads, increase your visibility, and maintain your number-one spot in the “New and Noteworthy.”  The author forgot one important FACT. The Podcasts app STOPS DOWNLOADING your show if you have not listened to the episodes. Most people will not be able to keep up with you firehouse of information and thus, the downloads will stop. How often should you publish? Don't ask me, ask your target audience!

The more we align ourselves with Scammers, Gamers, Liars, the more we – podcasters as a whole – risk losing our integrity. If our stats are rendered meaningless by the Twitter bombers and the Review Swappers, nobody will sponsor our shows. Really? Ever heard of an endorsement deal getting pulled when the celebrity behaves poorly? Exactly, so knock it off.

Why Dave Believes What He Believes

I appeared on the Starve the Doubts Show with Jared Easley and Dan Franks. Check out Jared's new book. Quit Chasing Influencers

What were the last 5 that Clive from the Future Past Podcast listened to?

Ready to Join the School of Podcasting?

Open enrollment is now through March 31. Get in while the School of Podcasting is open.

This episode first appeared at http://schoolofpodcasting.com/review-swaps-hurting-podcasting/