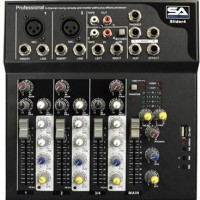 Today I share my thoughts on the Seismic Audio Mixer line, and we talk about last week's episode when Dave slipped in some unlicensed music (SHAME ON ME). We also hear how everyone who records directly into their computer will lose an episode (story courtesy of Marc Maron – so even if you're podcast is HUGE technical difficulties do not discriminate).

A new article by Time Magazine calls podcasting “Oh so 2005.” This is the second major publication to point out the “Come back” of podcasting (it never went away). You can read it at http://business.time.com/2013/08/29/despite-being-oh-so-2005-podcasting-is-drawing-listeners-and-advertisers-alike/

For those papers that abandoned their podcasting efforts, you should've used the audio file to promote your paper version. Instead you tried to sell you media. Use the media to promote your other services.

More Proof Using a Portable Recorder is a Good Idea [4:45]

When I first started podcasting I recorded directly to my computer. I lost two episodes during that time and I finally said “enough is enough” and purchased a portable recorder. Your computer is doing a lot and adding “recording” the mix in some cases the computer just makes a mistake and you lose the content. There is nothing more humiliating than calling your guest back and saying, “I loved the interview, is there a chance that we could do it again and sound spontaneous?” This clip comes from Marc Maron a very popular podcaster with his podcast WTF.

Pokedex Radio is a fan-made podcast about the Pokemon video game series. Hosted by Austin, founder of Flashlight Studios and creator of the Pokedex Radio podcast. He discusses the mechanics of the games, gives the latest Pokemon related news and more! Great for all audiences. Check it out at www.pokedexradio.com These mixers are built like a tank. Heavy duty cases let me feel confident that if I accidentally drop it, the mixer will survive.

Unlike other mixers I've used, I had to turn the gain up on my channel to get the best signal (then I can do my minor adjustments with the slider).

It does have phantom power if you are using a condensor microphone.

I love that it has an on/off switch and that every channel with an XLR input has an insert jack (allowing me to plug in external gear).

This seems to have a much quieter (less hiss) delivery than other mixers (Behringer).

Confusing Points
The mixers are stated to have a USB interface. This lead me to believe that I could connect this to the computer as a sound card (Like the Behringer Q802usb). What the USB Interface does is allow you to plug in a USB mp3 player and control things like “Next track” with button on the mixer. This might be useful for DJs who are mixing in music.

While I will never use the USB interface to control an mp3 player (or the echo feature), and once I got over the fact that I had to turn my channel gain all the way up, I was able to get a good clean audio from this mixer. I love the fact that it has insert jacks, and sliders (nothing against knobs I like sliders better). For $65 for the four channel and $99 for the seven, these are great quality for a great price.

This Message comes from of the Philosophy Walk podcast. He asks, “In last week's episode you dropped a few bars of the Beatles.  I was always of the mind to stay away from commercial music so as not to have to worry about copyright law.  DDoa few seconds of music fall under ‘Fair Use', as in today's episode? What are your thoughts on that?'

ANSWER: That was wrong, and illegal.

There is a great resource called “the Podcast Legal Guide” written by lawyers which you can find at http://wiki.creativecommons.org/Podcasting_Legal_Guide#The_.E2.80.9CFair_Use.E2.80.9D_Exception.

There is also a PDF version

In a nutsell, the easiest thing to do is to avoid “main stream” music. Because podcasters deliver a physical file it makes it hard to license music I announced on Twitter that I had to put my dog of 14 years to sleep. Thanks to everyone who sent positive feelings my way, and virtual hugs. You can hear the behind the scenes details of putting my dog to sleep in the “Tribute to Dudley” episode.

Mentioned in the Show

Ask the Podcast Coach is Now on iHeart Radio

Owner of the School of Podcasting. Also produces the "Ask the Podcast Coach." He is also the author of the book "More Podcast Money" and is a regular speaker at podcasting and media conventions.
2 comments on “Seismic Audio Slider Mixers Reviewed – Fair Use Revisited”