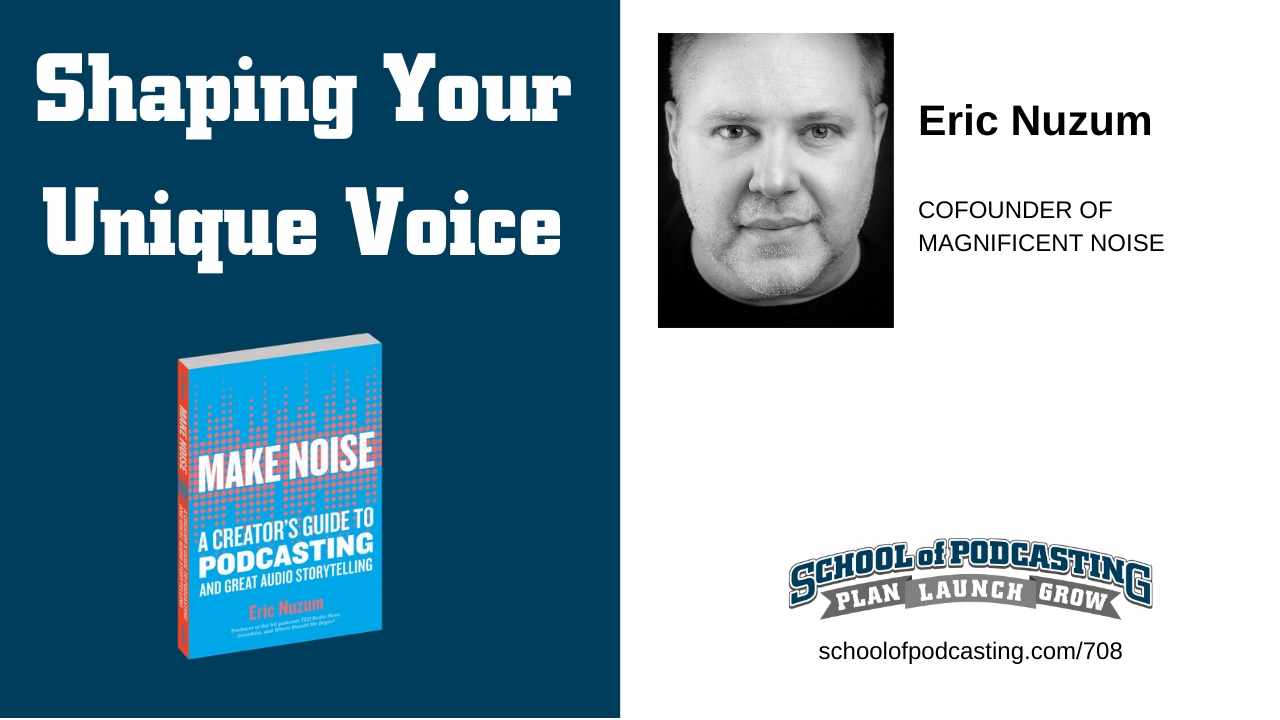 In a previous episode about Glow.fm I talked about how hard it is to obtain an engaged audience and you might be lucky if you get 5% engagement. This week on the finale of The Good Place they mentioned the Podcast Radio Lab, and on a previous episode of Radio Lab they mentioned how 29,000 people are helping to pay for the production of the podcast. The interesting thing is due to their massive audience 29,000 is not even 1% of their audience. I bring this up not to depress you, but so we can all move forward making informed decisions.

Eric Nuzum is the cofounder of Magnificent Noise and creator of iconic podcasts. Over the past 14 years, he has made podcasts that routinely top the charts, appear in yearly “best of” lists, win awards, and generate hundreds of millions of downloads. He started NPR’s podcasting efforts in 2005 and remained that effort’s chief creative and strategic force for the following decade, leading NPR to become the largest distributor of podcasts in the world. Eric developed some of NPR’s most successful podcasts, and continued that record of success during his tenure as Audible’s leader for short-form content and podcasting. In 2019, he co-founded Magnificent Noise, a podcast production and creative consulting company based in New York City. Eric’s book on audio and podcast creation, titled Make Noise: A Creator's Guide to Podcasting and Great Audio Storytelling.

Today we talk to Eric and talk about

Start your podcast at the School of Podcasting

Owner of the School of Podcasting. Also produces the "Ask the Podcast Coach." He is also the author of the book "More Podcast Money" and is a regular speaker at podcasting and media conventions.
1 comment on “Shaping Your Unique Voice with Eric Nuzum”