Tips to Revive Your Dead Podcast 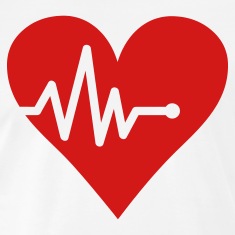 As a podcast consultant I should be telling everyone to start a podcast. I do. I believe there is a lot to be learned from starting a podcast. You learn to:

We Predicated Disgruntled Podcasters in December 2013

There was a time when it seemed every podcast had the term “on fire” tacked on at the end. In December of 2012 myself, Daniel J Lewis, Ray Ortega, Steve Stewart, and John Lee Dumas had a roundtable to discuss what Steve coined “The John Lee Dumas effect.” People were starting a podcast, following a formula, and expecting the same six figure result as John. Part of that roundtbale was to point out the hard work, dedication, and insane work ethics that John has (and they being John Lee Dumas comes very naturally to him).  John has always been super transparent about his life, his business, and his workflow, and how long his runway was when he jump into the unknown waters of podcasting (that's why I like the guy). John is an original. Here is the income from the eofire.com website

Here Comes the Next Wave of “Podcasting is Dead.”

Comedian Brock Wilbur made a post and said, ““Podcasts are pointless. Anyone who tells you otherwise is the literal devil. No one is going to get rich or famous or gain any level of following from this medium ever again, because it is hilariously dead. Your idea to share caustic observations about an ongoing TV show? Pointless. Your idea to interview interesting people? Laughably misguided. Your idea to discuss each individual episode of a decade-old CW show? Well… shockingly successful.”

I went and listened to his podcast.

I’m three minutes into it, and I am now finally getting into the content. You played a song with no teaser. You are hoping that people sit through some song hoping that they make it to the content. As a first time listener, I have no idea who you are, or your guests.

Your audio is right on the edge of distracting. I get it. One microphone with four people, you’re going to get room noise. It's YOUR show. You can record it any way you want.

At 5 minutes you finally introduce your guests. Nobody waits for 5 minutes for someone to get to the point. You then had one of your guests introduce themselves. The average attention span is around 8 seconds now (or something ridiculous like that).

In my opinion 97% of the time improv blows.

Brock typed a whopping 32 words that is not a huge target for Google to find. The Yoast SEO plugin recommends 300 words per post. It's YOUR show, do what you want.

Nothing screams “great content” like four people talking over each other. Who am I to judge, it works for THE VIEW.

In the article you say, “two years ago we started setting aside Thursday nights to have fun people get drunk around microphones in my living room.” It sounds like you’ve achieved your goal.

The one thing that really confused me, is Brock has a great looking website, but instead of adding the podcast to YOUR WEBSITE, you send people to a bad Podbean site that looks like a throw back to bad MySpace page.

A Farewell To Podcasting Donovan Adkisson was on my show a while ago after completing his first year. He had written a book about it, and was excited about podcasting. Three years later he had created Adkisson Digital, four podcasts and a fair amount of frustration. If you listen to his episode titled “My Farewell to Podcasting” he states the following:

I'm not saying I'm ceasing my podcasting endeavors because I don't get any feedback, but its part of it.

I've realized that it's not interesting. I don't really bring anything of value to the listener. All I do is rant about the things that are happening in the world. I have nothing of value to provide because that is already being done by more higher profile and more successful people than myself.

Podcast consultants make money on selling courses on how to do what they are doing. It's almost like a weird pyramid scheme (but it's not).

It's absolutely not fun.

I Needed to Speak to Him in Person

Donovan was SUPER HONEST and admits that he never really defined his target audience, he had an idea – but it was super precise. He also knows maybe he didn't promote his podcast as much as he should have. In listening to Donovan you can tell he tried everything he did to make his show fly.

While its obvious that Donovan loves podcasting. He especially loves creating lives shows, but to get HUGE sponsors you need huge numbers and Donovan (and about 90% of most podcasters) didn't have that. (To hear about making money outside of the CPM model of podcasting, check out my interview with Glen the Geek)

Donovan also explained how he has some legal battles going on in his life, and he has some expensive health issues. In other words, his life's priorities have shifted.

At one point Donovan admits he loves podcasting. My advice is then do it. If it makes you happy, then do it. Do it for the art and creativity. Do it for the people who listen (Donovan said he got more feedback on his “Farewell” episode than he did on any other episode), but don't do it for the approval of others. Do your best to make a show that impacts your audience (makes them laugh, cry, think, groan, educates, inspires).

Your Life Changes – And So May Your Podcast

My first podcast was started 10 years ago when I was playing in bands. I loved music marketing. I loved playing music live. I'm not in the place anymore in my life, and consequently, I rarely do that podcast. It's a hobby in that case, and I do it because I can. I still have a smaller group that patiently waits for the next episode.

It Takes a Lot of Work, and a lot of Time

I've have mentioned in the past how the TV Seinfeld didn't take off the first season and was almost cancelled. There are plenty of shows that get popular because of this thing called timing.

There was a TV show in 1999 called Action on Fox. It got rave reviews. It stared Actor/Comedian (now podcaster) Jay Mohr. You probably never heard of the show. I bet you have heard of Chicago Hope, Charmed, or Who Wants to Be a Millionaire. Those are the shows Action was up against. It lasted one season.

Tips to Revive Your Dead Podcast

Lastly, if you are just sick and tired of the podcast, announce your final show, and let go. Seinfeld, M*A*S*H, Cheers, etc all came to an end.

Ready to Start Podcasting in the Right Direction?

Owner of the School of Podcasting. Also produces the "Ask the Podcast Coach." He is also the author of the book "More Podcast Money" and is a regular speaker at podcasting and media conventions.
8 comments on “Tips to Revive Your Dead Podcast”