What Podcasters Can Learn From David Letterman 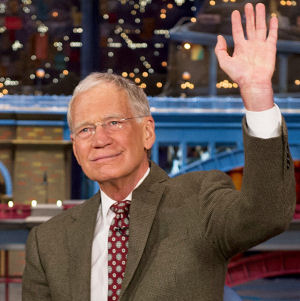 Today I talk about David Letterman and what we can learn from his retirement. We also talk a little Podcast Movement (use the coupon sop to save at podcastmovement.com). Some people are NOT going to Podcast Movement because they invited Glenn Beck. How cool is it to be so hated that people will bite of their nose to spite their face?

Because of My Podcast I'm Reconnecting With My Brothers

Daniel Herrick creates the five lights podcast. 5lightspodcast.com Due to his podcast he is connecting with his brothers.

What were the last five podcasts you listened to? (from Daniel Herrick)

On the Limit Podcast (formula 1)

Around the NFL (NFL Podcast)

School of Podcasting (Podcast about podcasting)

Punch You In The Face T-shirts

I had dinner with Ryan K Parker of Foodcraftmen.com who is now famous for his line “No one will punch you in the face” (about your podcast schedule). He had said people had told him to put it on a shirt. So he did. I ordered mine. How about you?

Orders are printed and shipped when the time expires (May 31st). You can expect your package to arrive around 7 days after printing starts.
Domestic orders are mailed via first-class or priority mail (USPS). Shipping costs $3.99 for the first item and $2.00 for each additional item.

If you want to make your own shirt, Ryan is using TeeSpring. I spoke about TeeSpring on the More Podcast Money show. New Businesses Pop Up Around Podcasting

We have seen people jump into the podcasting world to help podcasters. We are seeing people who will create your shows for around $50 a show, and now there are people who will help you make a media kit. Hank at http://www.channelhank.com is creating a single page media kit for $25.  I am talking with Hank about getting a coupon code (I'll keep you posted)

Ben Kruger has a service for small businesses where all you do is record the content and they do everything else. The cost is $697 a month.

Podcasting Press will assemble your weekly show for $97 a month.

There are new classes, courses, coming out on a daily (almost hourly) basis. Be sure to check the About page. In some cases, there isn't one (just a form to give your email address).

Earn Commissions Directing People to the School of Podcasting

With so many people coming into podcasting, you may be thinking of launching a course on podcasting yourself. Let me tell you its a lot of work. You need a lot of passion. Here is what you have to look forward to.

Recreating videos every time a new update comes out.

Phone calls from people who are blind to the idea of time zones (if you supply a phone number).

The joy of working with computers (meaning it works on my computer, but for some reason not on yours…)

JVZOO – One of the Top of the Line Affiliate Management Tools

I recently switched to JVZOO as my affiliate tool. They put a few steps into becoming an affiliate (including having a code sent to your phone). This ensures that you are a real person (and not a bot). I want real people, with a real understanding of podcasting to promote the website. Here is a video that show how to sign up at JVZOO.

This is good news for the future. Right now Spotify is doing a very limited beta. According to The Feed podcast, This is only the initial launch, available to about 1% of Spotify customers in only a few countries. While we are all enjoying the good news, I know some are bummed that its not a wide open door to entry into Spotify. I understand this point, but I also understand that there are a lot of podcasters, and that is a big door. By limiting the amount of podcasters, Spotify can ensure that their system can handle the traffic.

Spotify is a growth opportunity. Will they run advertising on my show? Probably. I don't care. My show points people to my website. A website that helps me get more consulting and members for my website. You can share any of my free material anywhere you want, as long as you point back to the School of Podcasting. In the same way that I didn't mind Stitcher and iHeart Media spreading my message, I don't have a problem being on the Spotify platform.

The average listener on spotify listens 148 minutes every day

We're the talk of the town. Our listeners share tracks, artists, albums and playlists. 2/3 of that sharing extends beyond Spotify, spreading out into social networks.

Our mobile audience has grown dramatically in the last year. So more people take us more places. And you have more ways to reach them

I remember growing up and hearing my older brother talk about David Letterman. This was when he came on at 12:30 in the morning after Johnny Carson. Later when I moved into my brother's house, we would stay up late and watch (I worked 1-9 at a grocery store). It was a fun time, and a special time with my brother. When I watched the last Letterman show, I watched a chapter of my life close and realized I would never see it again (except for reruns). While Letterman will always point to other people, it was the adlibs from his desk that made me laugh. Here are some interesting (to me ) stats.

In the 1970's Letterman was a weatherman in He received some attention for his unpredictable on-air behavior, which included congratulating a tropical storm for being upgraded to a hurricane and predicting hail stones “the size of canned hams.” That line is classic Letterman.

His first show was in 1980 and won two Emmys, but failed in the ratings and was cancelled in October 1980.  NBC kept him under contract and then in 1982 his Late Night with David Letterman show was launched.

He did things like mounted cameras to his dog, a monkey, a rail over the audience. He once used a bullhorn to interrupt a live interview on The Today Show, announcing that he was the NBC News president while not wearing any pants.

His show moved to CBS in 1993. The bad news his show wasn't just like his old one and it was geared to be just like his old show. Letterman eschewed his trademark blazer with khaki pants and white wrestling shoes wardrobe combination in favor of expensive shoes, tailored suits and light-colored socks. The monologue was lengthened. Paul Shaffer and the “World's Most Dangerous Band” followed Letterman to CBS, but they added a brass section and were rebranded the “CBS Orchestra” as a short monologue and a small band were mandated by Carson while Letterman occupied the 12:30 slot. Additionally, because of intellectual property disagreements, Letterman was unable to import many of his Late Night segments verbatim,[59] but he sidestepped this problem by simply renaming them (the “Top Ten List” became the “Late Show Top Ten”, “Viewer Mail” became the “CBS Mailbag”, etc.)

The Late Show lost nearly half its audience during its competition with Jay Leno. In 2000 Letterman had quintuple bypass surgery and had to step away from the show an allow others to guest-host. In interviews on Howard Stern, I've heard it mentioned that he was more personal to work with (where before it sounded as if he was a tyrant to work for).

The final episode of The Late Show with David Letterman was watched by 13.76 million viewers. In it Letterman spent most of his final talk to thanking his staff.

What Can Podcasters Learn From David Letterman?

Owner of the School of Podcasting. Also produces the "Ask the Podcast Coach." He is also the author of the book "More Podcast Money" and is a regular speaker at podcasting and media conventions.
2 comments on “What Podcasters Can Learn From David Letterman”