Your Customer Is Your Guest 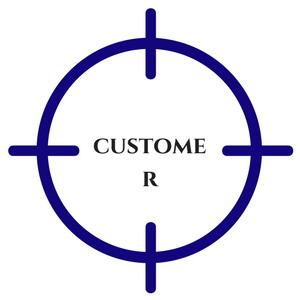 Today I'm back from Speaking at DC Podfest (what a great event) and I went to a session that had some interesting points that I wanted to share.

The session was titled, “Size Doesn’t Matter: Build a Monetization Program with Any Size Audience with Doug Sandler and Strickland Bonner. Doung and Strickland host the Nice Guys on Business show. Their website states they have over 1 million downloads, and they showed proof in their session, and I can verify they are not lying. They explained a new strategy to grow your customers using your podcast.

Because Of My Podcast: Stephanie Logan

Interviewing Your Potential Customers – The Power Of Podcasting

I have said one of the benefits of starting a podcast is people who would normally not give you the time of day, now will sit down to talk with you on a podcast. We've seen people use the power of being part of the media to partner with events and get access to vendors.  Interviewing people that you want to start a partnership with is a solid way of breaking the ice.

Doug repeated his main point, You have to reverse your thinking and focus on the guest, and identify people who would be a good client for your business. This was an interesting idea.

One example in the session was someone who did a show about visiting the national parks. This is a hard show to monetize outside of a guidebook, or maybe mosquito spray. Doug said you should find the person who is in charge of the national parks budget, and have them on as a guest. They would know alot about the National Parks. When the interview is done you could mention that the show takes a lot of effort, and to keep going needs to find a sponsor and see if they would be interested in sponsoring the show (I would twist that and ask them if they knew anybody who would be interested in sponsoring the show). Again, interesting.

I know consultants Natalie Echtal and Katie Krimitsos who have offered discounted coaching calls with the knowledge that the call may be used on the podcast. This provides content for the audience (as you help to solve the problems of your target audience) and shows off your expertise.

So Doug pointed out that if you were a coach, you might interview people who need a coach. This does get a little confusing. If someone needs a coach, then one might think they aren't that successful (cause they need a coach), and with that in mind,  if it's not a live coaching call, what kind of content does that create? This is where this idea goes a little south for me. It's the part where you have to put your brain on backward.

What if you target customer is a prime prospect, but a horrible guest? If you've listened to my show (or Moondog Marketing) I am all about content, content, content. This is not focused on the audience, or the downloads, it is focused on getting in front of your target customer. They said their conversion rate was around 20%. For every 10 guests, they would get two new clients. This really goes against my main ideas, and I asked, “What if you guest/future client is boring?” They answered that they did their best to create good content.

They then also stated there was a vetting process. They don't let “just anyone” get on the microphone.

I left the session scratching my head a bit and realized I would need to listen to an episode to maybe complete my opinion. Their show is well produced and has a fair amount of comedy built in. Maybe a bit too much for my taste as I was five minutes in and they were still having a “how the sausage is made” discussion about the show's publishing schedule (which for me was boring as watching paint dry) and I never made it to their interview. Maybe I'll go back later.

There is more to their strategy, and in my opinion, it's slightly sketchy. I've invited Doug Sandler to come on so we could have a dialogue about. We'll save that for a future episode.

Questions of the Month

I need your answers to:

What will you be doing differently in 2018?

If you could only listen to one show, what would it be, where and what is it, and WHY is it your favorite (be sure to tell us about you too)

How to NOT Make Money with Podcasting

Jessica Kupferman from JKM Agency (which recently merged with a new agency) comes with a story of how to NOT MAKE MONEY with a podcast.

The sponsor saw the post and asked, “Are they sponsoring the show?” As you might imagine they might wonder why they have to PAY for exposure while their competition did not. While you're always in control of your content, when sponsors get involved you may want to tread lightly around certain topics.

Start Podcasting With Any of the Three Resources

Podcasting in Six Weeks – Live Group Coaching for Six Weeks starting in January 2018, plus a year membership at the School of Podcasting

The Story Behind podcast

Owner of the School of Podcasting. Also produces the "Ask the Podcast Coach." He is also the author of the book "More Podcast Money" and is a regular speaker at podcasting and media conventions.
2 comments on “Your Customer Is Your Guest”