A podcast at its basic foundations is content delivered via an RSS feed. You then submit your feed to directories to syndicate your information across the world. While there are many forms of content creation, in the same way, that there are paper books, kindle books, and audiobooks, a podcast is a form of delivery. As podcasting has grown, so have people claiming to be experts. Many of them are drawn into podcasting as the smell of money for some podcasters has caught their attention. These people often jump into podcasting without understanding how it works. Their marketing (intentional or not) is often well crafted with a large budget to boost it to the masses. This then gets in front of the education wanna-be podcaster who buys their information as gospel and jumps into podcasting potentially trusting the wrong people.

The Previous Reason I Disliked Anchor.fm

Previously when you joined Anchor you would see a large button that mentioned how Anchor could syndicate your show FOR YOU. The uninformed wanna-be podcaster would think, “Wow! This is great” and accept the fine offer to syndicate their show everywhere. Anchor would then submit their show for approval, and “forget” to mention that the wanna-be podcaster just lost access to extra stats in Apple, Google, Stitcher, and Google. Yes, Anchor eventually created a help desk article to help you gain control of your show in Apple. More on this help desk article. The bottom line was they made it harder to move and get access to what should have always been yours.

They also promised to help you make money. Yes, you can make money. My “fake” show Fat 50 and Frisky has earned $6.78. Yes, this show started in November of 2019 and with me doing almost zero promotion, I've not spent any money on hosting while earning $6.78 on 756 plays (or .0089 per download). On Buzzsprout the median number of downloads is 29 which means you would earn 26 cents per episode. So yes, you are not losing money, but if you're looking to get rich – let's just say it's not going to happen quickly.

The New Reasons Anchor.fm Rubs Me The Wrong Way

From “Can We Submit For You” to “Are You Sure You Want to Submit? – We Already Added You To Spotify”

Now (in a very passive agree fashion) explain how you can submit your show to other directories, but quote, ”

Your email will be publicly available in the RSS feed (this is needed for podcasting platforms to verify accounts) and therefore anyone with your RSS feed will have access to your email address.”

YOU CAN PLAY FULL SONGS ON YOUR PODCAST!

So in the same way that Spotify “forgot” to tell you that when they submitted a show “for you” (something they no longer do), they also don't include all of the details when they announce things.

Your show HAS to be hosted on Anchor (Spotify owns Anchor).

In October Spotify announced, “Spotify Launches New Audio Experience Combining Music and Talk Content.” They also stated, “The unique format weaves full songs and talk commentary together? into one show.” So podcasters all over the world were like, “I can finally play AC/DC in my podcast. Hold on sparky, let's read the fine print:

Only premium Spotify subscribers will hear full songs. Free users will only hear a 30-second preview of each track because free users aren’t able to directly play songs; they can only shuffle play.

Making it Hard For Your Listener

According to buzzsprout 30% of their listeners use Spotify. That means 70% of your audience won't be able to listen to your show.

According to Libsyn.com Spotify only makes up 14.1% of the listener base which means 85.9% of the audience can't hear your show and there is another key point.

Of those people on Spotify, they have to listen on their app and they have to be paid subscribers. Free users will hear 30-second previews of each song. Shows can be listened to globally wherever Spotify is available.

So Spotify announced that they are now adding Video podcasts. Video podcasts have been around since 2004. A very popular video podcast was called “Ask a Ninja.” Then YouTube came along, and due to the expense of hosting video files, and the amount of space it takes up on your listener's phone, most video projects turned to YouTube.

Another quote was, “Spotify continues to pioneer new forms of interactivity, unique listening experiences, and now unique viewing experiences, along with tools to give you greater control over your content” as long as “great control” means using our hosting, monetization, and we dictate

You Need to Trust Your Host

While this next item is about Spotify, so many people mentioned Spotify as a selling point of Anchor (as in they won't run out of money), consider the LA Times article that mentions how “Melissa Ferrick’s 150 songs have played about a million times on Spotify. But the 45-year-old independent artist says the popular streaming music service has shortchanged her by failing to fully license her songs.” That is now a 200 million lawsuit. the second lawsuit in a month seeking class-action status on behalf of musicians who allege the Swedish company has infringed on their copyrights. The first action was filed by alternative rocker David Lowery. source.

I often thought they was getting into podcasting to have the listeners spend less time listening to music, but the time article states that Spotify pays roughly 10% of its annual revenue in mechanical royalties, which works out to a rate of about seven-hundredths of a cent per stream.source.

When you don't pay for a product YOU are the product, which means you may not have all the control you would like. Joe Rogan was paid a report of $100 million dollars to go exclusive on Spotify. Yet 40 episodes were removed when he transitioned for content. The odd thing about people picking on Joe Rogan is Spotify founder Daniel Ek told Axios, “We have a lot of really well-paid rappers on Spotify too, that make tens of millions of dollars, if not more, each year from Spotify. And we don't dictate what they're putting in their songs, either”

Spotify is All About Spotify

The CEO of Spotify told The Verge, Spotify will incorporate a hybrid business model with three distinct parts. One will involve the typical user subscription revenue, another is advertising dollars through its podcast ad marketplace and music streaming ads, and the third is a la carte options, like helping musicians and podcasters sell merch, tour tickets, or even subscriptions to their own content.

On Axios, Ek does not believe that podcast creators will be paid per-stream royalties, as Spotify pays to music creators. He does, however, believe there will be a broadening and acceleration of podcast monetization options.

James Cridland at Podnews.net wrote an article showing how Spotify has made seven large announcements about “big shows” coming to their platform. For example, Pince Harry and Meghan received millions in 2020 and did one episode. They promised more episodes in 2021. Someone should check their calendar. When you make these big announcements it can affect your stock. Meghan and Harry’s announcement alone contributed to a 1.9% rise in Spotify stock's value. source

Anchor podcasters have published less than half the amount of shows as others.- Source

Their video for the music+talk format shows a man recording his podcast with his phone set to speaker. Please point me to a highly successful show (that's not Gary V) that records their audio into their phone. Just because it's easy, doesn't mean it's good.

Record Labels own equity in Spotify. According to Billy from the Smashing Pumpkins, they Pimped out their artist for lower streaming rates in exchange for part ownership. That same video explains how record companies use to charge a damage fee as Vynal records might break during shipping (which was BS but left in from the days of brittle 78 RPM records). When music went digital, the record labels kept charging artists a damage fee for digital products.

I'm Not Pushing My Audience to a Crappy App

Have you seen the Spotify app? When you open a podcast app, you shouldn't have to ask, “Where are the podcasts?”

New Tool For More Feedback For School of Podcasting Members

So many people see the School of Podcasting as a place you go to to learn how to launch your podcast (it is), but it is ALSO a place to GROW the podcast you already launched. The culture at the School of Podcasting is to make your best episodes possible. We discover the things we are doing well, so we can do more of those as well as those things that need to be tweaked.

I came across NoteTracks from Steve Stewart of the Podcast Editors Academy (where they had interviewed the creator). This is a tool where I can upload an episode and then make comments on a timeline. Then (with permission from the podcaster) if they would like feedback from the other members of the School of Podcasting. I will alert the members of the type of show and content (so we attract people who WANT To hear your podcast).

I bring this up here as I know other podcasts consultants listen to my show and might use my affiliate link, as well as give you a glimpse of the “Grow” side of the School of Podcasting. After all, no amount of marketing can help a podcast that is not giving the listeners what they want. 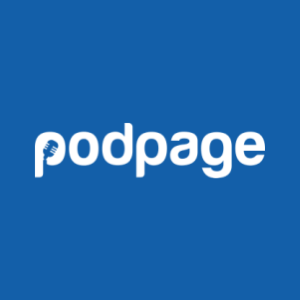 Podpage is a great tool that enables you to make a great-looking, professional website without having to know how to code. You can try it free to make sure it's a good fit. Want to get going quicker, take my free class on how to use podpage.

In listening to Recovery Coast to Coast, I gave Neil (a member of the School of Podcasting), some great feedback as he got (for me) a great indicator of a great interview. His guest Ian Flanigan said, “I've never really told these stories before.” This means he is much more likely to share this episode. Neil is a great interviewer (years in radio). Nice job Neil.

Scott Johnson hosts the What Was That Like podcast and does a great job of having his guests feel comfortable to the point where they cry in the interview. Scott is also doing a great job of asking great questions – and then shutting up. The episode I listened to featured a woman who had lived through the Oklahoma bombing.

If you're looking to get your podcast off the ground quickly, check out the Podcast Quickstart. This is three months of access to the School of Podcasting and three hours of one-on-one consulting. It's (basically) a three-month mentorship to get you up and going in the right direction.

Click here for more information on the Podcast Quickstart.

Profit From Your Podcast